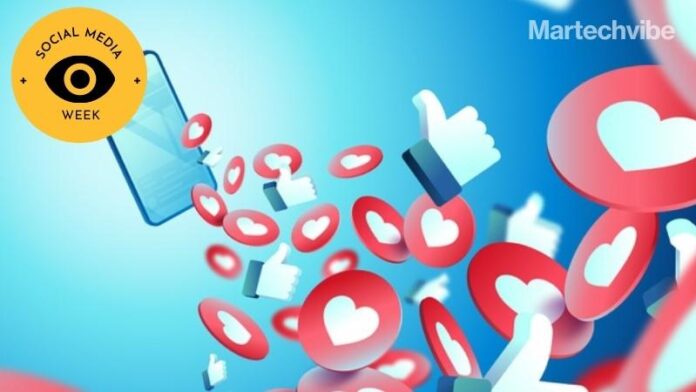 Here are our Top 10 social media news stories that you don’t want to miss this week.

Social audio could be the next big frontier: Many apps are experimenting with live audio setups right now. Twitter’s live audio chat feature, Spaces, which had beta launched for IOS in December 2020, was made available for Android. Apparently, Facebook is also working on an audio chat feature. LinkedIn confirmed that they were doing some early tests to create a unique audio experience connected to one’s professional identity.

New stickers and emojis: To celebrate the first anniversary of the #MilkTeaAlliance, an online solidarity alliance started in April 2020 as a Twitter meme which has grown into a global pro-democracy movement in Hong Kong, Taiwan and Thailand, and of late Myanmar, Twitter designed an emoji featuring three different types of milk tea colours.
The emoji is a white cup and straw on a tri-colour background, reflecting the regional shades of tea. The hashtag  #MilkTeaAlliance has been used 11 million times in the past year. It’s the latest protest movement to get a Twitter emoji — the social media platform has also deployed emojis for social movements, including #MeToo and #BlackLivesMatter. Meanwhile, Instagram launched three Ramadan-themed stickers — moon, iftar food and mosque — for its users to use them in the Stories to wish and greet their friends and family.

Users can appeal Facebook’s editorial decisions: Facebook’s Oversight Board will review content that has been allowed to remain on the platform despite requests to remove it. Previously, the board only heard appeals from users about content they felt had been unfairly removed — or referrals which came from Facebook itself. Now, anyone can submit content to the board for re-review, providing it has been reported to Facebook in the first instance. Content eligible for appeal includes status updates, comments, videos and shares, on either Facebook or Instagram.

Instagram to add a remix option into its Reels: Instagram is testing the remix option with some app usersusers in the app. The new ‘Remix this Reel’ option now appearsis now appearing for some users in their Reels options menu. Some users reported seeing the option in live testing back in December, but now, it seems that more people are getting access to the new Remix option in their Reels tools in the app. Once selected, users can then create a reaction clip, with the original and your new video playing side-by-side.

Facebook is testing its experimental NPE: The New Product Experimentation team has begun initial testing of its latest project, a video speed dating app called Sparked, enabling which will enable users to hold 4-minute video chats with potential matches. Facebook has confirmed that the app is currently in a small beta test at present.

Twitter launched Responsible Machine Learning Initiative: The messaging service launched the initiative to address algorithm challenges, which will include reviews of algorithmic fairness on the social media platform, removing various negative elements, including bias. Twitter said the plan aims to offer more transparency in its artificial intelligence and tackle ‘the potential harmful effects of algorithmic decisions.’ The move comes amid heightened concerns over algorithms used by online services, which some say can promote violence or extremist content or reinforce racial or gender bias.

Clubhouse coming up with its Android app: The audio social app may be opening up to a whole range of potential new users. A post by a member of Clubhouse’s Android development team shows a functional overview of how user profiles will look in its Android app. Clubhouse, which raced up the download charts earlier in the year, has since seen a slowdown, partly because of its invite-only approach and the lack of an Android option. But that is soon going to change.

TikTok launched Wellness Hub: TikTok, which has 689 million monthly active users worldwide,  downloaded over 2 billion times on the App Store and Google Play, launched this virtual space to connect users to tips and resources on physical and mental health content within the app. The new Wellness Hub provides connection to tips and resources in four dedicated categories — Food and Nutrition, Fitness, Life Advice and Mindfulness. Within each category, you can find specialised guides and advice, connect with creators committed to mental and physical health, and get insights.

Snapchat Gets Fashionable: Snapchat has taken another step towards integrated eCommerce with the acquisition of fashion recommendation app Screenshop, an app that scans your photos to identify your desired style choices, then provides clothing recommendations based on those findings. As reported by The Information, Snapchat will be looking to incorporate Screenshop into its broader, AR-integrated eCommerce efforts, which have been gaining momentum of late.

TikTok for data targeting tools: TikTok is partnering with LiveRamp, which will provide more ways for its advertisers to plug audience data into TikTok’s tools, and better target their efforts. LiveRamp delivers data solutions for brands, enabling businesses to utilise valuable audience insights in a privacy-safe way, across various platforms. Now, TikTok will be added to the list of platforms connected to the LiveRamp network.