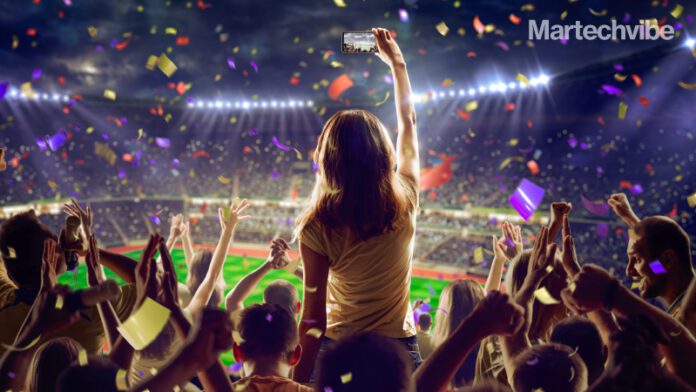 Minimal immersive experience in the stadium or through the screen does not cut it anymore. It is about luring fans with advanced technological experiences.

Let’s talk about the Miracle of Istanbul. It was the 2005 UEFA Champions League when AC Milan astounded the Reds by scoring in the first minute. Liverpool was in trouble when the scoreboard read 3-0 at halftime. Despite the odds, the spectacular Liverpool comeback leaves fans dumbfounded even today.

Now, if only the fans in 2005 had advanced technological tools, the conversations about the Miracle of Istanbul might have been so much more than just an overwhelming spectacle.

Fast forward to 2014 when the US football team Philadelphia Eagles provided its fans with the highest resolution display zone video boards and several interactive HD boards around the stadium. It enhanced viewer experience with animation, crowd prompts, multi-screen images, in-game highlights, closed captioning, and 3D elements. Eight years have passed, and little did the sports fans know that the games would only get more dramatic and interactive.

Digitisation and advanced technological tools in the sports industry was underway long before the stadiums closed down last summer due to the pandemic. Consider the 2017 NFL Experience Times Square with its 4D theatre, Augmented Reality (AR) experiences, and the possibility of suiting up into a sports star with face tracking tools. Technological innovations have always been on the front line.

For a fast-paced game of tennis, adding technology can enhance the audience experience. Focused on the architectural principles of microservices and observability, ATP Tour, in partnership with Infosys, has added an immersive and intuitive interface on its website, allowing fans to dive deeper into the tennis matches with real-time statistics and analysis. With a range of data analytic tools, from MatchBears, Rally Analysis to 3D CourtVision, fans have a chance to identify game-changing moments and insights and feel closer to the tennis action.

Formula 1 offers preparatory elements of the big day. From ticketing information to the Grand Prix on D-Day and post-race elements, including statistical reports and data analytics, all possible information is made available on YouTube two weeks before the live event. To keep fans at the edge of their seats, organisers allow F1 fans to download an application on their phones to acquire free data insights about the race and race viewing methods.

Since 2019, a statistical database has been gathering data about the maximum speeds of each car, time taken in each lap, and other analytics for fans to feel completely involved.

Drone cameras are also being used to provide an immersive 360-degree perspective to all cricket fans. Yet, research states that fans spend most of their time on the mobile phone rather than facing the sporting arena for player statistics, game analysis, and social media engagement. How can stadiums improve the fan experience?

Some of the most frustrating “I-should-have-just-watched-it-from-home” moments come from spending an awful amount of time looking for a parking spot, standing in long food counter queues and then being told that there are no more chicken wings. And the unreasonably long halls and sweeping corridors, almost like it’s been made for people to lose themselves. Amid all this exhausting commotion, the excitement almost drowns.

Over time, fans have grown to expect digital connectivity, convenience, and efficient viewer support in the tournament stadium or arena. Several tech companies have turned their focus on intelligent stadiums. And the possibilities of in-stadium viewing technology makes a HD jumbotron screen look like a vintage television.

In 2018, LAFC opened a new stadium, complete with digital car park passes, Wi-Fi from the get-go, biometric scanning, and crowd intelligent software. Another stadium allows fans to tweet to a giant screen, watch personalised replays, and the ticket sales shot up from 3,000 to 12,000 per game.

What’s more, its cloud-analytics software analyses data and feeds results to automated systems to initiate actions such as playing field temperature or a reminder to concession stands about a falafel restock.

‘Make me feel closer to the analysts at the dugout’

One of the most common limitations of watching in a stadium is that spectators don’t have access to match analysis and live commentary while watching on OTT platforms or television. However, with AR technology, real-time analysis, video playback, and goal-line technology where you hear the referee is made possible. You can only imagine the exceptional experience at 5G-enabled stadiums.

In the US, over 60 stadiums are being connected with 5G, and in early 2021, Verizon had announced that it would deploy 5G Ultra Wideband in 15 NBA stadiums to bridge the gap between fans and court action.

At the World Football Summit, Chief Transformation Officer Michael Sutherland had stated, “In the long term, 5G will completely change the fans’ expectations regarding their interactions with sports brands.”

In Cav’s Rocket Mortgage Fieldhouse stadium, fans can point their phone at any player on the field and get live statistics and real-time information through the 5G network. Another Verizon product, ShotTracker, allows fans to track the ball movement, shot selection, and player efficiency.

Another interesting sports tech concept is beta-testing. For a significant change in the game or the team, fans are involved in giving their opinion through polls or other interactive, digital space. Fan sentiment can be easily gauged with technology.

‘I have a world in my pocket, make use of it’

Today, sports fans want to be connected to everything on a single mobile app. From trivia games and polls to discussions and predictions based on available data analytics, following the sport updates become an interactive experience.

Meanwhile, some sports are slow, and spectators can lose focus in an instant. For instance, baseball is a slow sport, and statistics reveal that in-game attendance dropped by 14 per cent between 2018 and 2019. However, with the smart use of technology in mobile applications, it is possible to invest them.

“What has changed forever is that sports became viewer-first experiences. Most broadcasts are created as a secondary experience to being there. No longer. In a world where we can’t rely on ticket sales and don’t have the freedom to change a venue to fit fans’ needs, the broadcast becomes much more important. I think these changes are permanent,” said Zack Rosenberg, CEO and co-founder of CatapultX.

‘How about some AI functionalities?’

Cricket is also no stranger to advanced technology. The ongoing T20 World Cup 2021 in the UAE has also implemented cutting-edge technology. Star India has integrated AI into multiple tools, including camera, AR graphics, and data analytics.

Apart from 4D replays and automated cameras, ultra-modern cameras with 360-degree highlights features are installed in all the venues, and high-sensor cameras with AI functionalities provide detailed analytics of each player for the global fans. Special qualities of cricketers are highlighted with unique symbols to enhance fan engagement.

In 2021, IBM and the All England Lawn Tennis Club (AELTC) developed the fan experience on its website and mobile application by adding AI Assistant IBM Watson in the hands of millions of tennis fans worldwide. Watson will provide fans with a deep analysis of a player’s performance, including insights from recent match history, daily performance data, mine media commentary, and measuring continuous player momentum.

The immersive capabilities can exponentially elevate the experience of the fanbase.

Immersive experiences for spectators have extended into time outs, drinks, and halftime as well. For instance, during the recent Optus WA Football League (WAFL) finale, Optus and Yahoo Creative Studios collaborated to create an AR experience in the stadium. With a quick QR scan and a selfie, fans could make a life-like avatar of themselves donning their team colours and share it on social media.

After introducing analytics-based features and AR/VR applications in 2020,  at the 2021 French Open, Roland Garros launched a digital art museum for fans to interact with legendary official posters and artwork from the past 41 years.

Experts believe when a fan has a satisfactory experience, they are willing to reward the organisation for the tech-enabled solutions. Capgemini’s research reveals that 49 per cent of fans increase their fan merchandise expenditure following a good experience and 92 per cent buy online subscriptions. Additionally, 56 per cent of those who enjoyed their tech-enabled experience have attended more live matches, and 60 per cent have watched more online streaming matches.

Minimal immersive experience in the stadium or through the screen does not cut it anymore. It is about luring fans with advanced technological experiences and giving them the central spot in the game. With drones and giant holograms making a grand appearance in the tech space, personalised experiences to fans thousands of miles away from the stadium is a promising possibility.

How Marketers Can Tap Into the Age of Fandom
Dude, Where’s Your Cart?