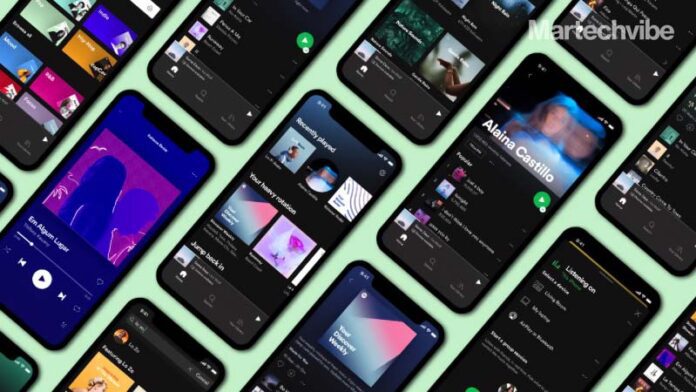 With limitless access to music the top streaming service, using big data and AI, has become a dominant force for artists and listeners alike

Spotify is arguably the biggest on-demand music streaming service utilising big data and artificial intelligence (AI) in the crowded music streaming space. It was founded in 2006 in Stockholm, Sweden, by Daniel Ek and Martin Lorentzon. They wanted to create a legal digital platform to respond to the growing challenge of online music piracy in early 2000.

Today, as a publicly-traded company, Spotify has 155 million paying subscribers. And it has expanded beyond music, with more than 2.2 million podcast titles available. By using user data and proprietary algorithms, Spotify sorts and prioritises the content to create a superior, personalised user experience (UX). Spotify’s application hosts over 50 million songs and 4 billion playlists, garnering a massive amount of data related to song preferences, search behaviour, playlist data, geographic location and most used devices. Spotify platforms analyse and create machine learning (ML) algorithms based on this data to understand music tastes and ease the discovery of new genres, artists and songs.

Spotify utilises AI through their predictive recommendation engine, enabling them to curate personalised playlists such as ‘Discover Weekly’ and ‘Release Radar’. The recommendation engine is built upon a combination of collaborative filtering, natural language processing (NLP) and audio models to create a personalised list of 30 songs for each user. And this recommendation engine creates value for artists, who get more exposure to new users and makes customers stickier through increased satisfaction with the service. The recommendation can only become smarter if more and more data is fed into the ecosystem. Spotify is also experimenting with an AI-powered recommendation system to facilitate the search process and streamline the user prompted new music discovery.

How Does Spotify Know You So Well?

Collaborative filtering is an algorithm that relies on implicit user feedback, streaming counts, data and user visits to artist’s pages. This recommendation method utilises a listener’s connection to other listeners and uses that connection to provide song recommendations that similar listeners already like. This will be stored in User Vectors, storing the music preferences of a listener, and Song Vectors that store a song’s music profile. These vectors are compared and used to recommend a similar song to similar users from Spotify’s massive database of more than 300 million songs. This method works due to the connectivity of users and songs in the database.

NLP uses text from blog posts and music articles to connect songs and artists. The algorithm senses what artists talked about in clusters and recommends similar artists to listeners who show interest in one cluster artist. This algorithm takes advantage of musical artists’ tight-knit network and puts them into cultural vectors to recommend similar content.

The third recommendation method is Audio Models. While, Collaborative Filtering and NLP help connect listeners with music that others are already familiar with or listening to and talking about, Audio Models help analyse raw audio data and recommend new songs that have not become popular yet. This algorithm uses Convolutional Neural Networks, which use clustering to identify similarities in time signature, key, mode, tempo and loudness of audio tracks.

Also Read: How Netflix Knows What You Want To Watch Next

How Does Spotify Make Suggestions?

The recommendation game starts from the Spotify app’s home screen, governed by an AI-based system called Bandits for Recommendations as Treatments (BaRT). It is the reason why one doesn’t go on searching for an appropriate playlist to listen to Spotify. 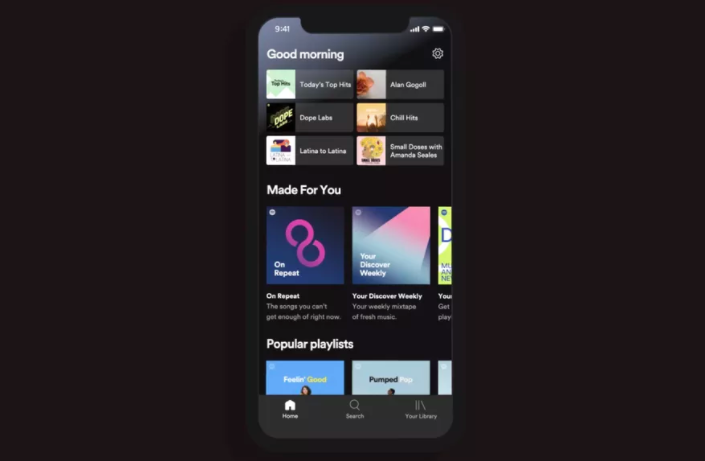 The combination of ‘exploit’ and ‘explore’ is the key to Spotify’s recommendation. The success of perfect and relevant recommendation systems relies on whether one listens to the songs recommended on the ‘shelves’ or ‘rows’ on their home screen. It also observes the duration of the time one has spent on a song, and if it is for more than 30 seconds, then the platform takes it as a check on their recommendations. The longer one spends on a song, the more relevant suggestions he/she will get.

Also, there are multiple metrics Spotify keeps in mind, in this case, in their system to provide you with the relevant recommendation.

By using this metric, Spotify recommends the music liked by other people or from the data received from millions of music blogs. How does it work for new artists? How does one get a recommendation on a song that has just been released? Spotify analyses the audio itself and trains the audio analysis algorithm to learn to recognise different desirable characters to music. Spotify experiments can also identify various aspects of songs like distorted guitars, while others recognised more abstract ideas like genres.

The feature analyses songs in your playlists and tries to predict the music which can be played next after your song finishes. The platform has taken this feature to the next step by releasing a ‘Million Playlist Dataset’ of user-generated Spotify playlists. This vast data set was released to help understand the behaviour of users on Spotify.

Spotify uses users’ data about their demographics and geographic locations to study and understand whether a user’s taste of music changes after they move to a different place.

Like, Netflix and Amazon, Spotify knows you better than yourself when it comes to recommendations. It has pushed the bounds of technology in a traditionally creative industry. It will be fascinating to see how Spotify continues to balance technology and creativity to curate a positive experience for both artists and fans.