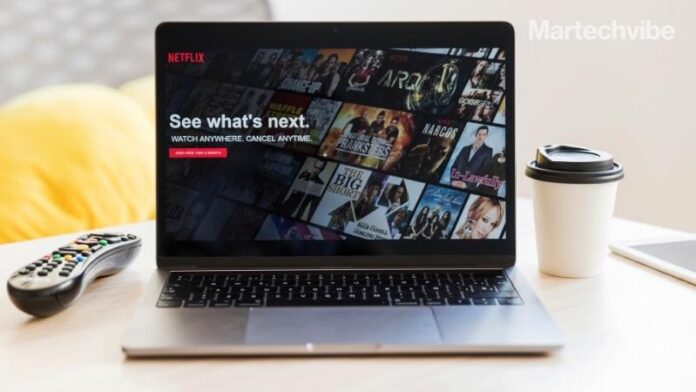 The streaming platform’s secret formula to personalise viewer’s experience is driven by data and powered by intelligent AI algorithms.

After a long tiring day at work, who doesn’t want an intelligent streaming platform that can understand our preferences, setting up an ideal evening viewing with minimal effort, truth be told, Netflix never fails to help us discover our next favourite movie, a series or a documentary. They do it for you, me, and for its 200 million-plus subscribers every day.

Netflix recommendation algorithm, which directly interacts with us, albeit behind the scenes, is a huge part of its remarkable digital success story and maintaining its market dominance. And why not if it can suggest precise genres like a dark thriller where the lead actor is Joaquin Phoenix. A strong match to a viewer’s interests will keep it going.

Needless to say, the world’s most-valued largest streaming service is making good use of machine learning (ML), Artificial Intelligence to personalise the experience for us in an increasingly crowded video streaming market.

Making some ambitious and innovative business decisions, Netflix, in just 20 years, from a DVD rental business, has become one of the biggest TV and movie studios in the world. It developed a  streaming business from scratch, investing in original content creation.

Reed Hastings and Marc Randolph, the founders, have always had a keen understanding of the market. Since the beginning, Netflix was meant to be more than an easy way to rent movies. When Internet usage became mainstream, the founders saw an opportunity to use it to decentralise entertainment, having gained a toehold in a competitive market with DVD rentals. In 1999, Netflix announced its subscription model, and since then never looked back, with consistent growth.

The primary asset of Netflix is their technology. To refine the subscriber experience by providing suggestions, the streaming platform uses a Recommendation Engine, developed by hundreds of engineers spanning algorithmic approaches like neural networks, causal modelling, matrix factorisation, which is essentially a tool that makes use of data and algorithms to filter a catalogue and predict the most relevant items to any given viewer.

The engine analyses all the users of the service and makes recommendations to a new user based on what items have been relevant to other users with similar tastes as well filters the intrinsic properties of the items the user has already shown an interest in and time duration of a viewer watching a show. Also, a set of several billion ratings from its members are its data source. More than a million new ratings are being added every day.
Recently, the OTT platform added social data of a user so that they can extract social features related to them and their friends to provide better suggestions.

Put simply, the algorithm makes movie suggestions based on the subscriber’s view history and ratings given to individual titles, which instructs Netflix’s servers to process information from its databases to determine which movies a customer is likely to enjoy.

In fact, personalisation begins on its homepage, showing a group of videos arranged in horizontal rows, each having a title which relates to the videos in that group.

Apart from internal sources of data they also use external data such as box office information, performance and critic reviews.

A Netflix post, titled It’s All A/Bout Testing: The Netflix Experimentation Platform, states that the company runs rigorous A/B tests for each of their innovations and product changes before becoming the default user experience. Each of these tests presents two different versions of experiences to users to see how they react and respond to the suggested changes. On average, Netflix chooses around 100,000 users to test its hypothesis. By following an empirical approach, they ensure that product changes — content, images, and videos —  are not driven by the most opinionated Netflix employees but by actual data collected from the A/B tests.

And this is one of the reasons why no two people have the same experience on its platform.

Undoubtedly, Netflix has taken it up a notch personalising viewing suggestions, allowing subscribers to create queues of titles to add to their viewing list. Over 77 per cent of all the content watched by viewers is now from some form of recommendation.

And a good recommendation is critical as that motivates viewers to stick around, increases the average watch time and reduces the rate at which Netflix loses subscribers.

Since the Netflix Prize in 2006, a Ml and data mining crowdsourcing competition for new ideas on recommender systems —  the contest ran until 2009 to improve its famous in-house recommender system Cinematch, the streaming platform has been putting a huge amount of effort into optimising its algorithm.

In order to build the recommender system and perform large scale analytics, Netflix invested a lot in hardware and software. According to Netflix technology blog, the engineers who solved the Netflix task have reported that more than 2000 hours of work to build an ensemble of 107 algorithms that got them the prize. Since 2009, the algorithm has been scaled to handle its 5 billion ratings.

As its user base increase every day, more with people staying put at home due to the ongoing pandemic — Netflix has over 203 million paying members now — the viewer data is helping the the biggest internet behemoth to seize more insights about viewer’s behaviour, further improving the accuracy of its Recommendation Engine and also creating content to suit every taste.

It won’t be a stretch to say that when its personalised recommendation algorithms produce $1 billion a year in value from customer retention, Netflix is undoubtedly in it for the long haul.