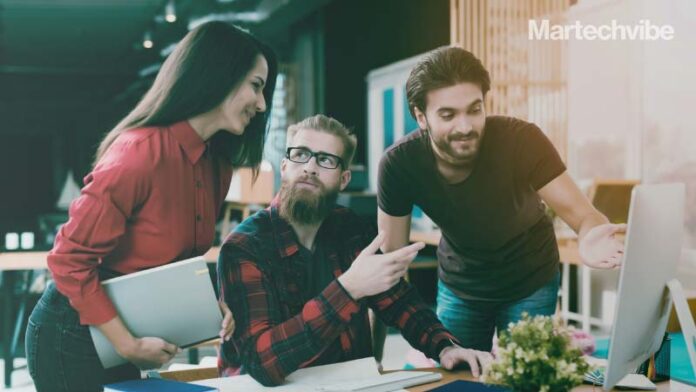 Whether it’s planning an innovative campaign or reworking your marketing strategy, here are our top picks of Digital Advertising agencies in the MENA region

Calling themselves the Middle East’s voice, the Full-Service Marketing and Advertising Company is a multi-award winner, including Cannes Lions. Headquartered in Dubai, with 15 other offices around 13 countries, FP7 McCANN has represented global brands like Nestle, Unilever, Coca-Cola, Uber, McDonald’s, Mastercard, and Sony. Recently, they partnered with the food ordering company, Talabat.

Remember the ‘Labels are for cans not for people’ printed on Coca Cola cans in 2015? The brand wanted to launch a campaign against racial prejudice, a video in the Middle East. During Ramadan, FP7 McCANN helped them spread their message with a successful video that turned out to be the second most viewed Coca-Cola online video of all time. Acquiring the most organic views for a brand video in MENA in 2015, Coca Cola brand love increased by 15 per cent and consumption by 51 per cent.

Tonic International began its journey in 2004 as a small, independent creative agency with a clear vision. They wanted to be the best, if not the biggest. Today, they are known for their innovative marketing and advertising strategies with global clients like McLaren, Pulse 95, Audi, Nando’s, and Burger King. With core values such as ‘Design is power and ‘Simple is smart’, Tonic has been a recipient of the Cannes Lions’ gold and The One Show’s gold pencil.

People still question the speed of Audi RS7. Is it really faster than the Burj Khalifa’s elevators? Tonic International created a video for Audi where sports driver Edoardo Mortara and the fastest 100-metre sprinter in the UAE, Musa Khalfan Yasin, pitted against each other. Getting stalled by a goat, RS7 still manages to tie with Yasin. Despite the uncertain authenticity of the results, the video marketing campaign managed to capture attention, and the performance of both sports stars lauded.

Established in the heart of Dubai, marketing pioneers with over 15 years of experience decided to put their heads together and begin a marketing and advertising agency, Boopin. The founders began their journey with the mission to idealise the digital era. They believed that media should be a marketing tool and a medium for the evolution of communication. Delivering creativity in digital, broadcast, social, and print, they acquired global brands, including Infiniti, Renault, Nissan, LG, and IG Group.

Nissan approached them with a challenge. They wanted to sell 180 cars in the UAE market during their first launch through a digital platform. After in-depth research and audience analysis, Boopin decided to target the Emiratis and middle-aged men interested in sporting events and watching extreme sports videos. After the Parallel Patrol 2019 model liquidation campaign, they managed to help Nissan acquire over 2300 online leads in a month, and over 200 cars were sold.

Located in Dubai, TBWA\RAAD promises to disrupt the conventions of communication. They set foot into the UAE marketing and advertising field with the battle cry ‘Change the Rules’ in 2000. A radically open creative collective, Tragos Bonnange Wiesendanger Ajroldi anticipate future trends and craft their works accordingly. Their parent company TBWA Worldwide is an international advertising agency with headquarters is in the US. TBWA\RAAD Middle East has been successful over two decades with global clients like Hilton, Nissan, Facebook MENA, KFC, and Infiniti.

KFC got napkin sized! From napkins and placemats to food bags and receipts, everything was ‘Napkinized’. All that is left is you and your finger-lickin’ good chicken. Using a unique biodegradable and eco-friendly ink formula, KFC  turned all of their cutlery and disposables into ink-resistant tissue papers. Loved by customers who could now enjoy having their chicken in peace without the demand for more tissue papers at the counter, the brand strategy worked successfully. TBWA\RAAD produced the concept for all KFC outlets in the Middle East.

This company was created with four employees, six beanbags, and two trusting anchor clients. A decade later, with over 80 employees and a partnership with MCN (Middle East Communication Networks), they boast an impressive award-winning portfolio of multinational, regional, and local clients. With an Octopus with eight boxing gloves as its logo, MullenLowe MENA calls itself a different kind of beast that does not create advertisements but consumer-driven, creative experiences. Some of their global clients include Nutella, Redbull, Close Up, Lux, Unilever, and Pizza Hut.

If fashion is for everyone, then why are fashion shows closed events? As part of City Centre malls ‘Stay True’ AW19 campaign in 2019, MullenLowe MENA created a digitised fashion show that could be viewed in – wait for it – Google Maps street view feature. The original content of Dubai neighbourhood Deira was replaced with images of models taken by a licensed Google 360 photographer. The successful campaign brought over 3,00,000 viewers in three days, over 10 million reach, and $800,000 earned media.

Novotoshkivske School, Ukraine, Ogweni Primary School, South Sudan, and Khalid bin Walid School, Iraq. The debris from these schools destroyed by armed conflicts was destined to create a global impact for future children worldwide. Introducing, The Class of No Tomorrow, an exhibition of three children sculpted from the schools’ wooden debris and exhibited at Palma De Mallorca Airport, Spain, in 2019, Traffic Digital created an experiential advertisement for UNICEF to urge delegates attending the Third International Conference on Safe Schools to take action.

A Loerie award winner, The Odd Number deeply believes that business effectiveness is driven by creative excellence. Calling themselves a 100 per cent black-owned and managed advertising agency, Sibusiso Sitole and Xola Nouse launched the company in 2015. Abiding by simple but powerful ideas, The Odd number has bagged several awards,  including the title Adfocus Agency of the Year 2019. Their global clients include BBC Studios, First National Bank, KFC, and Miller.

Come on Ninjas, did you get the four peaches? Featuring Kasi Sensei, The Odd Number created a series of regional radio advertisements to promote BBC Earth. The Sensei would teach his ninjas about animals by narrating creative and unique stories. Proving its success among all regional radio listeners and critics, the Kasi Sensei radio campaign was awarded a Loerie in 2020.

In 2019, history was made. IMPACT BBDO had won the UAE’s first-ever Print & Publishing Lions Grand Prix. The leading regional marketing communications group in MENAPAK & Africa has been operating for 40 years with over 1000 employees. They follow the principle, ‘ The Work, with a mission to create and deliver the best compelling content across all mediums. The Work. The Work.’ Their list of global clients includes Snickers, Pepsi Black, and Twix.

True to its name, the agency created a chilling impact on the Lebanese and the rest of the world when a blank edition of the Arabic daily newspaper, An-Nahar, was put in newspaper stands across the country, during a time when the country was void of a government and the economy was on the edge of complete collapse, and people were getting tired of the lies spread across the pages of newspapers every day.  It was the #1 trending topic on Twitter. It was mentioned in over 100 international publications and generated over 5000,000,000 media impressions. The impact of the best-selling edition caused the Lebanese to see their government being formed finally.

A 22-year old independent South African company has been lauded with several awards, including five prism awards in 2021, 14 Loeries in 2019, two Pencils from One Show in 2018, and they brought home African Cristal Awards in 2017. With a heavy bag of accolades, King James focuses on the most inspiring quality of a brand and explodes it into a spectacular memory for the world. Their global client list includes Netflix, Spotify, Corona, Visa, Johnsons & Johnsons, and Sunglass Hut.

Capetonians sang to save their city from the worst drought of the century in 2018. King James challenged 10 South African musicians to re-record their popular tracks into a fast-paced two-minute track. While they had fun recording them, the city sang along with them when they showered. The minute the song ended, they had to get out of the shower. They set up mobile karaoke booths in tourist spots, used talk shows to spread the word, and got illustrators to create kickass band posters. An award-winning campaign for Sanlam, its success reflected in 147,203,715 impressions, 1,671,500 video views, 590 karaoke voice notes sent to radio stations Heart and KFM in one week, and pushed ‘Day Zero’ back by 59 days.

While Wunderman Thompson is a global creative agency with over 20,000 experts in over 90 markets, the Dubai office has mainly been remarkable. With over 27 nationalities and 20 languages, more than 100 experts navigate consumer expectations. Proving their competitive worthiness, Wunderman Thompson Dubai won several awards, including Lynx and OneShow pencils. Their client list includes popular brands such as Sensodyne, Burger King, Bose, Lenovo, and GSK.

During the panic-swept pandemic last year, the team found themselves with a chance to lift people’s spirits. When Bose approached them, the team was already working from their home, and the inspiration came from their conditions. There was a time when neighbours playing the accordion or using the blender were annoying, but they were reassuring sounds during the lockdown. Creating a story using the same concept, they successfully hit the emotional quotient of their audience. Sales of Bose headphones increased. Delighted by the response, Bose spread the word across its global markets.