If there’s one software creative professionals across the globe swear by – it is Adobe.

It is a preferred companion for photographers, animators, illustrators, graphic designers, and publishers – the list is seemingly endless. That is because Adobe has historically specialised in software for creating a wide range of content, including graphics, photography, illustration, animation, multimedia/video, motion pictures and print.

All great things (most of them actually) start from a garage. Amazon, Microsoft, Apple, Google, Hewlett Packard, Dell, Disney, Harley Davidson have all been created in garages.

When Dr Charles Geschke hired John Warnock as chief scientist for Xerox’s new graphics and imaging lab, he set the stage for one of the world’s largest software makers. While at the Xerox lab, the pair developed the PostScript computer language, which tells printers how to reproduce digitised images on paper. When Xerox refused to market it, the duo quit Xerox.

Adobe was founded in Warnock’s garage. The company was named Adobe after the Adobe Creek in Los Altos, California, situated behind Warnock’s home. John Warnock’s wife Marva, a graphic designer, designed its logo – the stylised A.

Adobe has another prestigious first to its name. It is the only company in Silicon Valley to have been profitable in the first year that it was founded. Another tech wizard saw the company’s potential in Silicon Valley. In 1982, Steve Jobs attempted to buy the company out from founders Warnock and Geschke for $5 million. The attempt was unsuccessful.

With millions of users who swear by their products, Adobe has always stayed ahead of the curve through innovation. This successful journey started when Warnock and Geschke quit Xerox to develop and subsequently sell their first product, Postscript PDL.

After Steve Jobs’ unsuccessful attempt at buying Adobe off its founders, Adobe’s investors insisted that Warnock and Geschke partner with Jobs in any way possible. Succumbing to pressure, the founders agreed to sell Adobe shares worth 19 per cent to Jobs. The Apple founder, on his part, sweetened the deal by paying Warnock and Geschke five-times the value of Adobe’s valuation, as well as a five-year license fee for Postscript in advance. Flush with funds, Adobe went on to create Postscript – a specialised printing software. Postscript’s popularity soared after the founders licensed the Times New Roman and Helvetica fonts. By 1987 Adobe became an industry-standard printer language creator. 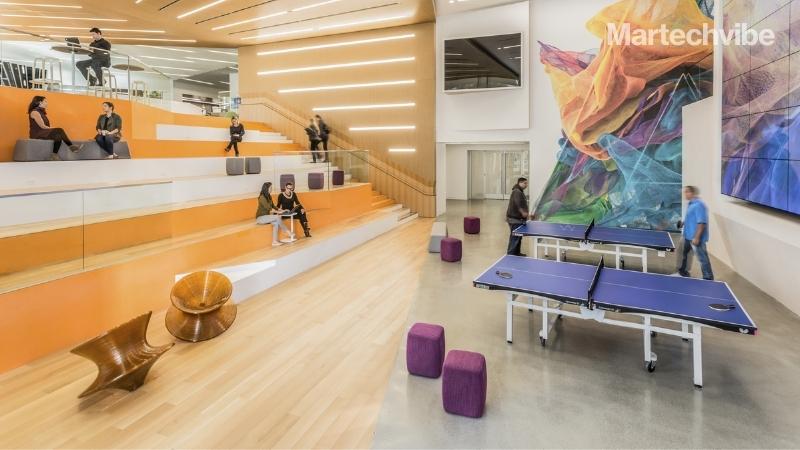 In the mid-1980s, Adobe entered the consumer software market with Illustrator, a vector-based drawing program for the Apple Macintosh Computers. Illustrator was created from Adobe’s in-house font-development software,

The company’s most famous and iconic product is the legendary Photoshop that launched in 1989. Exclusively created for Mac systems, Photoshop began its dominance in the market soon after launch.

A very friendly software for all video editors, Adobe Premier, came out in 1991. The software was later renamed Adobe Premier Pro in 2003.

The industry standard Portable Document Format or PDF as it is popularly known along with Adobe Acrobat and Adobe Reader were launched in 1993.

Adobe has remained ahead in the game through product development and innovation, from photo editing and compositing to digital painting, animation, and graphic design. However, Adobe’s plethora of innovative and meaningful products came not just from the bright minds sitting in San Jose, California.

Many of Adobe’s creative products have come from other manufacturers who got taken over by Adobe.

Adobe has gained leadership through innovation and clever acquisition, from almost getting taken over by Apple to leading the desktop publishing revolution in the 1980s. Here’s a brief list of Adobe’s many mergers and acquisitions.

In 1994, Adobe acquired the Aldus Corporation and added PageMaker and After Effects to its product line.

In 2003 Adobe purchased audio editing and multitrack recording software Cool Edit Pro from Syntrillium Software for $16.5 million. It was renamed Adobe Audition and included in the Creative Suite.

In 2011, Adobe acquired DemDex Inc. to add its audience-optimisation software to its online marketing suite. In the same year, Adobe acquired Nitobi Software – the mobile application development framework PhoneGap makers. As part of the acquisition, PhoneGap’s source code was submitted to the Apache Foundation, where it became Apache Cordova. The same year Adobe acquired Efficient Frontier to boost its online advertising techniques.

In 2020, Adobe acquired Workfront, a provider of marketing collaboration software, for $1.5 billion.

The Digital Media segment provides tools and solutions that enable individuals, small and medium businesses and enterprises to create, publish, promote and monetise their digital content. This segment is responsible for generating almost 70 per cent of the company’s revenue. Prominent products include Photoshop, Illustrator and subscription-based Adobe Creative Cloud.

The Digital Experience segment provides solutions and services for how digital advertising and marketing are created, managed, executed, measured and optimised. This segment is responsible for generating the remaining 30 per cent of Adobe Inc.’s revenue.

Adobe’s strategy with Creative Cloud is designed to enable them to increase their revenue with users, attract more new customers, and grow their revenue stream.

Adobe globally employs over 22,000 people. Forty per cent of Adobe’s employees work from San Jose. Adobe has major research and development centres in Newton, New York City, Minneapolis, Lehi, Seattle, Austin, and San Francisco. They have a significant presence in India, too, with mega R&D centres located in Noida and Bengaluru.

Adobe software has been a favourite for hackers to gain unauthorised access to computers. Security agencies have repeatedly flagged the Flash Player for creating products with the maximum number of security vulnerabilities. Besides receiving backlash for rolling out unpatched software updates, Adobe has also been severely criticised for pushing unwanted software, including third-party browser toolbars and free virus scanners, usually as part of the Flash update process.

In the past, Adobe revealed that 2.9 million customers’ sensitive and personal data was stolen in a security breach, including encrypted credit card information. Adobe admitted that 38 million active users had been affected, and the attackers obtained access to their IDs and encrypted passwords.

The digital media and marketing software maker earns a near-perfect EPS Rating of 98 and an SMR rating of A. In December 2020, Adobe exceeded market expectations for its Q4 performance. The company then presented a robust outlook and is expected to post robust earnings as it gets ready to present Q1 FY2021.