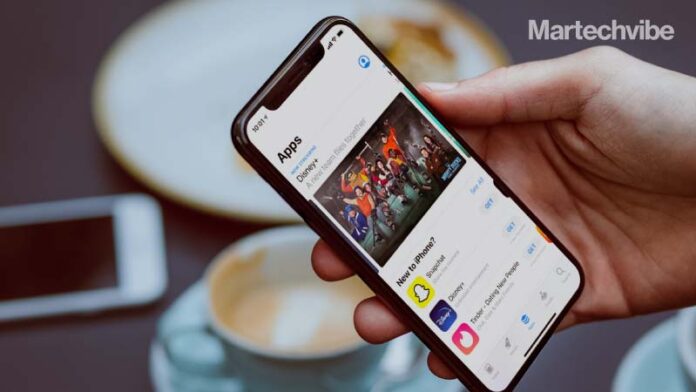 The data comes from two sources: one including a list of 45 countries and one with approximately 250 based on the ISO 3166-1 standard between January 1, 2019, and March 14, 2021. These insights enable developers and marketers to better understand their audience and the state of the app economy.

“The app economy experienced immense growth in 2020, as people all over the world realised the benefits of mobile in many aspects of their daily lives. For mobile marketers, the potential to reach new users is at an all-time high, but so is competition. As we move through 2021 and begin a new era with iOS 14, the importance of enhancing marketing through automation and understanding how users behave in-app throughout their entire journey is more pivotal than ever,” said Paul H. Müller, Co-Founder and CEO, Adjust.

Here are the key takeaways from the report:

Investing and stock-related app searches grew 115 per cent. Robinhood set off the trading apps wave, with new challengers setting their commissions and fees lower to compete. Other tops apps include Cash App, Revolut, Gatsby, Coinbase, Binance, Kraken, eToro and Freetrade, all of which enjoyed record growth of new customers in 2020.

Cryptocurrencies saw unprecedented trading with Bitcoin hitting several big milestones in the past 12 months. This was combined with a surge in crypto app downloads, with 81 per cent growth. With innovations such as non-fungible tokens (NFTs) also driving the market, there is a lot of excitement in the crypto-app ecosystem.

Gaming held onto its crown as the biggest mobile vertical, with 33 per cent of all downloaded mobile apps being games.

So far in 2021, hyper casual game sessions are down 21 per cent, but with the huge “first-lockdown” spike removed, YoY performance is roughly the same — and growing steadily, with February outperforming January by 47 per cent.

The number of installs decreased slowly throughout 2020 but started to pick up again in December. For hyper casual games, the beginning of 2020 saw exponential growth, peaking at the end of February at 129 per cent above the yearly average. This drops down throughout March and remains steady for the rest of the year. If we remove the massive growth seen in the first quarter of 2020, hyper casual still performs slightly higher than in 2019, and starts trending up again in 2021.

With a 58 per cent increase in in-app transactions from 2019 to 2020 and years of growth trumped in Q1 of 2020 following the introduction of lockdowns, e-commerce also reported its biggest year ever.

The vertical’s highest weeks ever for sessions were at the end of February and beginning of March 2021 — up 23 per cent YoY.

E-commerce performed exceptionally well in 2020. In contrast to 2019 where installs grew steadily, 2020 showed ups and downs, with a trough in the last week of March at 10 per cent below the yearly average. Things start to pick up throughout May and into the beginning of July, with those months combining to be 10 per cent above average. The biggest growth period starts in the second week of November, at 19 per cent above the yearly average, and decreases over the remainder of the year, suggesting a pre-holiday season rush.

As the mobile ecosystem becomes ever more competitive with iOS 14, apps that build data-driven and UX-focused strategies will be well-positioned to come out on top. With insights into how users behave in-app, and when they return and why, mobile marketers can create a comprehensive strategy, incorporating highly personalised campaigns and communication that build brand trust.