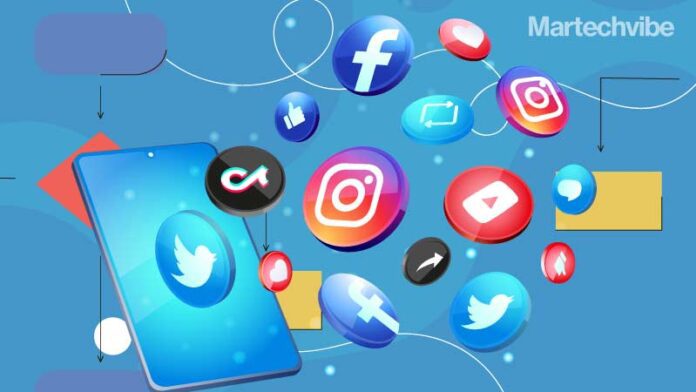 Machine learning algorithms form the backbone of social media platforms. Keeping users hooked and presenting a curated slice for brands to leverage effectively. But how do they work?

But what really drives engagement over these platforms? The answer is content. An algorithm is a set of mathematical rules describing how data collection should behave. Social media algorithms help maintain order and rank search results and advertisements. For instance, an algorithm on Facebook directs the order in which the content is displayed.

Let us understand the algorithms working behind the top social media platforms.

Every time someone checks their Facebook feed, the posts they see and the order in which they appear are determined by the algorithm. Considering the volume of users on its platform, it is nearly impossible that Facebook’s ranking system relies on a single algorithm. Instead, the team has to apply multiple layers of machine learning (ML) models to predict the most relevant, meaningful and engaging content for its individual users. The Facebook algorithms follow four steps process, namely:

As Instagram describes it, there are multiple algorithms at play — each one for a different part of the platform, whether it’s feed posts or Reels. The algorithms take the users’ preferences, termed signals, to create content that helps users to remain hooked to the app. Hence, thousands of signals across four critical aspects (in descending order of importance) come together for a personalised view, which includes,

Beyond the interest score, various other variables may affect where a post appears in a user’s home feed. These include the quality of the photo or video, the originality of the post, the violation of Instagram’s community guidelines, or if the content is reported.

The TikTok algorithm makes personalised content recommendations for each of its users. Based on the specific tastes of each user, it chooses which videos to show them on their page. The algorithms take several signals into account, which include,

LinkedIn has its own algorithm that can connect users, identify jobs, surface relevant material, and surface any other information a user would be looking for on the platform. The LinkedIn algorithm prefers relevance over recency. Its objective is to present readers with the information they are interested in, before more current updates. This enables LinkedIn to show users the articles, videos, jobs, and other content that matches their search criteria or are most likely to find interesting. The signals the LinkedIn platform uses include:

An algorithm’s job is to provide users with pertinent content. It is used to filter through the vast amount of content available on each social media network. On the flip side, there is a call for large social media giants to shift towards ‘Explainable ML models’ for justifiable and transparent decision-making. What’s your take?

If you liked reading this, you might like our other stories
Top 10 Virtual Social Media Influencers
Social Media Trends 2022