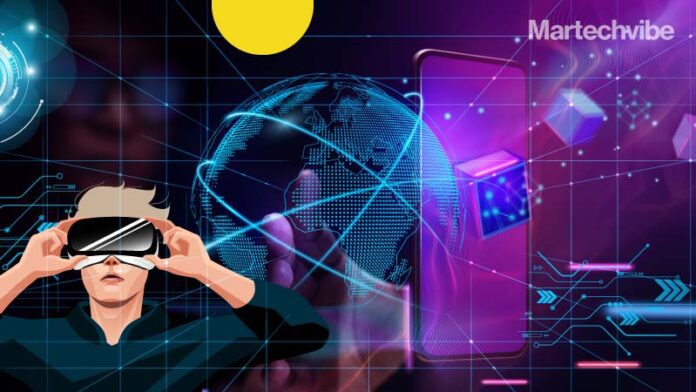 Imagine a game where you can see your NFT, inspect it, purchase it, and use it your way.

Non-fungible tokens, or NFTs, have been growing in popularity among cryptocurrency investors.

According to the popular NFT statistics site NFTGO.io, its total market cap jumped from $55 million to more than $7 billion in 2021. However, the holders are now demanding more tangible benefits to holding NFTs. The trend has already started to carry over to the world of gaming, with major producers like Square Enix, Ubisoft, and EA all claiming blockchain and NFTs to be the future of the industry.

Developers are building the infrastructure necessary to handle what will undoubtedly become a massive secondary market for these assets. NFTs have opened a world of new possibilities,as it is perfectly positioned for lasting success in the gaming industry, combining the best of tech and games.

The How And What

NFT games are becoming mainstream, now that many crypto investors own these assets. The real innovation lies not just in NFTs but in gameplay and mechanics themselves, which will be the driving force.

Companies are now even more assured that gaming would be the next driving force behind NFTs and their market adoption. Battle Royale game Fortnite, for example, has been deploying in-game bots since season 11, and while they are not very challenging, this showcases the capabilities of artificial intelligence (AI). Technologies like Virtual Reality (VR) and Augmented Reality (AR) are the future of gaming, offering a much richer experience than a basic 2D screen ever could.

a New Year’s letter from the Square Enix president talks about new tech/concepts including NFTs, the metaverse, and particularly how blockchain games “hold the potential to enable self-sustaining game growth” https://t.co/qtdFCvQdeB pic.twitter.com/FOG4S9Hpgb

AR today offers the ability to tie in a physical location with NFTs. Users would now be able to visit a real-world place to interact with an object, in this case, an NFT. Both AR and VR are capable enough to evolve NFTs. Imagine a game where you can see your NFT, inspect it, purchase it, and use it your own way. The NFT could be a gun in a tactical shooter VR game or a suit of armour in a medieval VR game.

Here, user experience plays a significant role and, going forward, will determine the success of NFT games. NFTs, when tied in with a virtual world, can offer a richer experience than the basic digital art NFTs. Combining 3D gameplay with functional NFTs (bulletproof vests, guns, pets), is revolutionising gaming.

The way that rewards are distributed plays a key role in enticing gamers into any ecosystem. Gameplay is equally essential, followed closely by ownership and dividends for the time spent on a given platform. Recently released games like Axie Infinity are successful mainly because they are seen as an investment rather than just entertainment. The play-to-earn (P2E) distribution model seems more attractive to modern gamers as they are fairly compensated for their time.

Other blockchain-based platforms are taking this a step further. Gamerse has launched a new “share-to-earn” feature that offers further incentives to gamers. While P2E is  better and much improved than the old model, as it was seen that it does not provide gamers with adequate rewards. The share-to-earn model is an architectural  innovation on the play-to-earn model, which has worked well for many Web3 games.

The gaming use case also makes perfect sense.Gamers have become comfortable with owning intangible assets, be that saved game data, trophies, and achievements, or even just a unique in-game upgrade. Owning digital assets will be standard for citizens of the metaverse, and that encapsulates the transformative potential of NFTs. In reality, they effectively already exist in the realm of gaming, but NFTs provide a way to streamline and secure possession of the virtual property.

Other Factors In NFT Gaming

NFT gaming has  proven its worth, as people who lost their jobs have found a source of income with platforms like Axie Infinity. The fact that gaming today has become a legitimate source of revenue through NFTs is noteworthy. The quality of the blockchain that these NFT games are being built on can’t be ignored or relegated to the side. The most successful recent blockchain games were built on Ethereum, and this was the only place offering this functionality at an acceptable level. With powerhouse chains like Solana and Binance, more functionality can be introduced that directly supports better quality of games, with the ability to cater to millions of online gamers, at all times, in more affluent environments.

However, we do not know how much bandwidth will be needed for futuristic metaverse games involving complex NFTs. Nevertheless, it is safe to think that it will be highly significant, as games can only evolve at a rate proportional to the network on which they are built upon. However, there is still plenty of room for excellent game design, and it is more about mainstream adoption than technological innovation.

People always want something new, and change is the need of the hour. Utilising blockchain within gaming adds a much-needed layer of interaction and ownership that never existed before. Introducing such elements in new and novel ways has been tremendous, having reverberating effects on the industry. It has now been made possible through technology to envision a global gaming ecosystem and one that places blockchain at the core of more involved, rewarding, and connected experiences.

How Do NFTs Add Value?
Are NFTs Racing Ahead Of Bitcoin?