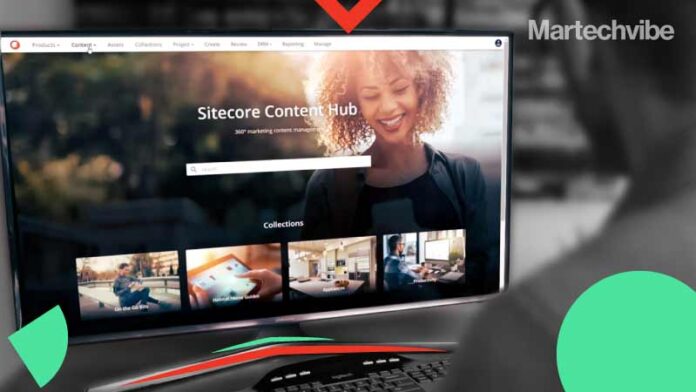 Sitecore was born out of the frustration of a web developer. Five friends — Thomas Albert, Jakob Christensen, Peter Christensen, Ole Thrane, and Michael Seifert — launched a system integration company called Pentia A/S in 1998. Thrane was in charge of developing several volumes of websites built with Microsoft technologies. Disgruntled by the repetitive tasks, Thrane began to wonder if automation would make his life easier and began to work on a code, which unofficially became the first code of Sitecore.

Meanwhile, for engaging the then new-found online experiences, marketers depended on the expertise of a programmer or a developer. So, the team brainstormed about creating a new way to manage digital content that would not require developers. With a vision for a better future for digital marketers, the team launched the first version of Sitecore in 1999.

Created at the turn of the century, Sitecore today is a leader in digital experience innovation, lauded with several accolades, global market-leadership recognition, and client recommendations.

The digital experience solution provider works with over a third of the Fortune 100 companies, almost half of the S&P Global 100 and Dow Jones Global Titans. The company also works with three of the top 10 global retailers Kimberly- Clark, 16 of the 18 top global financial brands, including American Express, half of the leading healthcare groups and six of the top car manufacturers, including Volvo Cars.

In 2001, the Sitecore Corporation was established, Seifert became the CEO, and the company began a whole new chapter with a content management system (CMS).  Starting a separate business entity, they began to sell their CMS to IT professionals in Denmark.

The best strategic business decision in the early days of Sitecore was choosing to write all the software code and documentation in English. Keen on early international expansion, Sitecore opened offices in Copenhagen and Ukraine in 2002. The company then branched into the US in 2004 and the UK in 2005.

Another key initial business decision was to stray away from static HTML pages that most internet players leveraged back then to deliver content. Instead, Sitecore had a team of developers to create dynamic pages and content from scratch. Little did the team know that this decision would allow them to become a premium digital experience platform years later.

By 2006, Sitecore became a leader in the CMS market, but Seifert made a surprising announcement: “Web content management is dead” to the board members one morning.  No longer satisfied to just be a “typewriter for the web”, Seifert yearned for a bigger vision for the company. After several brainstorming sessions, the new, better plan was penned.

In 2006, social media was beginning to flourish, and several companies were communicating with prospective customers through social media platforms. It stirred new requirements of digital marketing analytics and automation. Although some platforms existed to support these company needs, they were separate software systems and sometimes difficult to integrate. Sitecore pinned their future here. The team decided to work towards combining all the requirements and integrating them on one platform.

With the vision on the milestone board, Sitecore faced its first hurdle. To set their new business model in motion, they needed to acquire other companies, for which they needed money they did not have. Facing a dead end, Sitecore explored other options and decided to build a connected platform, painstakingly, from the ground up.

Undeterred by criticism from industry peers, the team succeeded in just two years. Creating a central repository of information for each web visitor, the platform helped to create personalised digital experiences. Today, we know it as the Sitecore Experience Platform.

Sitecore realised that a holistic customer experience is, at its core, a combination of digital and print media. To strengthen print capabilities, the company acquired the intellectual property rights of Pectora, the web publishing solutions provider for deeper integration with print-based projects.

For several years, global private equity group EQT followed Sitecore’s market position, technology offering, and its impressive growth. Finally, in 2016, word spread that EQT had taken a major equity stake in a transaction valuing Sitecore at $117 million to sustain the company’s profitable growth and scale. Together with EQT’s industrial network and resources, they planned to continue driving product innovation and further expand into the digital marketing software space.

In 2017, Forrester issued top ratings to Sitecore competitors, and emphasised on their cloud and headless deployments. Not making it to the list affected Sitecore, and it lost its 2016 leader position. Determined to make things right, the company placed its bets on cloud technologies and appointed Mark Frost as the new CEO. Interestingly, Frost was the sixth executive change since EQT acquired Sitecore. With his SaaS background, Frost knew what he had to do next.

The company’s digital experience platform (DXP) was a Platform as a service (PaaS) for a long time. After acquiring marketing content hub platform Stylelabs in 2018, Sitecore announced its new plan to shift to SaaS in the next three to five years. Sitecore announced updates to Sitecore Experience Platform version 9.3 and Sitecore Content Hub version 3.3, setting the foundation for the company’s SaaS journey with increased focus on improved usability and new integrations into third-party solutions.

Tzikakis and the billion dollar investment

Less than five months after Steve Tzikakis filled in the shoes of Mark Frost as CEO, Sitecore received a $1.2 billion investment in the martech space. How did the company get here?

According to McKinsey data, the industry jumped five years ahead in consumer and business digital adoption due to the accelerated demand for digital experience solutions during the pandemic. Sitecore achieved record revenues and positioned itself for more growth that began with a new CEO in September 2020.

Marking its 20th company anniversary, Sitecore charged through the growth plan with over a billion dollar investment in 2021. Tzikakis stated, “As companies and consumers search for more seamless ways to communicate, coordinate and collaborate during this momentous period, Sitecore’s investment will supercharge product innovation to better enable deeper and more engaging experiences across the entire customer journey.”

Although it acquired a few companies, this time, Sitecore was playing the big game. Tzikakis wanted to buy the best tools available in the market and quickly integrate them with Sitecore assets, and transfer everything in a modern public cloud for clients to deploy.

The company has already raced ahead of other digital customer experience providers with its CDP, optimisation, experience management, experimentation, marketing automation and commerce, all headless, API-first and pure SaaS. With SaaS products including Sitecore Content Hub and Sitecore AI in its portfolio, the CEO promised that Sitecore would be the only digital experience company globally that will have all its components completely integrated.

Meanwhile, with the entire industry handling the third-party cookies curveball, Sitecore like many others are increasingly focused on first party data. With their Boxever and Moosend acquisitions, Tzikakis is planning to provide their clients with a first party database customer pathway.

Doubling down on their growth plan, the company continues to focus on increased global presence with more field personnel in countries like Germany, Japan, Spain, and the Middle East. Sitecore’s future might look complex but it is good.