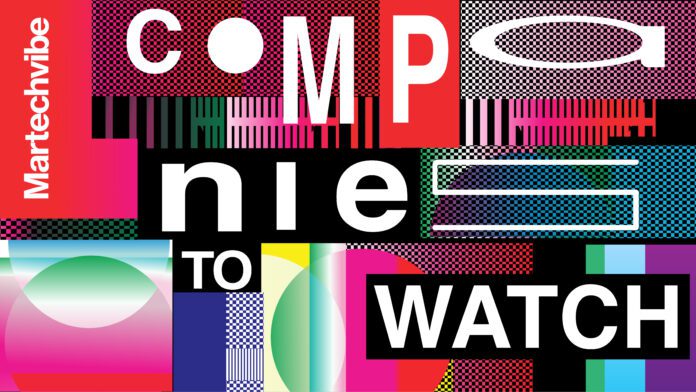 In the dot-com era, in the late ‘90s and early 2000s, too many companies, vowing to change the world, were chasing what at the time were too few users, and they were doomed to failure, but we all know, there were clear winners such as Facebook, Amazon and Walt Disney. They survived the bust to become some of the world’s most valuable companies.

It’s hard to predict if the Googles and Facebooks and Amazons of the world will maintain exponential growth and a monopoly on tech innovation. But what’s certain is these tech giants are going to experience serious competition soon. Everything from transport to digital advertising and even space exploration is being transformed, as you read, by up and coming tech disruptors.

We introduce a new section listing a new breed of tech companies who are driving tech innovation.

This enterprise startup has a unique technology, a founder on his second act after co-founding software company Nutanix and $250 million in funding from SoftBank’s Vision Fund in 2018. Until now, the startup raised more than $650 million. In seven years, Cohesity’s valuation skyrocketed to $2.5 billion.

Founded in 2013, by Mohit Aron, who previously co-founded Nutanix, California-based Cohesity offers what is known as “secondary” data storage, aimed at non-mission critical data, such as backups, development copies, and analytics. It’s not as quick to access, but it is a more efficient and cheaper way of storing data. On the other hand, primary storage is generally used for data that applications need to access more frequently. Since around 80 per cent of companies’ storage capacity is typically consumed by secondary data, platforms such as Cohesity aim to free up resources by plugging into primary data storage services, including AWS, to protect data and extend backup, archival, and disaster recovery capabilities. It has expanded into other areas of enterprise data management, including analytics, security and rapid recovery.

Based in Stockholm, Funnel is a marketing data collection and transformation and analytics startup aiming to do away with the manual processes involved in collecting data. Users are able to integrate each of their marketing platforms and feed their data into them automatically, whether it is Google Sheets, Google Analytics, or other tools to visualise data. The idea is to provide customers with an ability to automatically perform data tasks that would normally require a developer or data analyst and help businesses prepare their marketing data for better reporting and analysis. Funnel was founded in 2014 by Fredrik Skantze and Per Made, who are also behind Facebook advertising tool Qwaya.

Its data solution is used by companies working in e-commerce, B2B software, mobile, and gaming, as well as consumer brands and media agencies. Funnel has direct connections to tools like Tableau and Google Data Studio. The platform integrates with more than 400 advertising and marketing data sources and employs data mapping tools to feed all the information into data warehousing, business intelligence, or visualisation software products used by the customer.

Clients like Samsung, Adidas, and Superdry have used Funnel in the past.

Funnel has received an impressive amount of funding, with $68 Million being raised since its founding in 2013 from seven investors. In 2019, Funnel landed an $8 million funding round led by Oxx, with participation from Balderton, Industrifonden, and Zobito. With the kind of big brands they’ve worked with so far, and their versatile offerings, it will be exciting to watch how this Swedish startup progresses.

Giants in technology and consumer products are lining up at Israeli startup Willot’s door, which develops tiny bluetooth stickers that can transform everyday items — like clothing, wallets, or Amazon packages — to trackable “connected” devices. They recently raised $20 million from PepsiCo and Verizon‘s venture capital arm, among several other investors. It has raised $50 million to date. In 2019, the startup attracted the attention of tech giants Amazon and Samsung, which have also backed Wiliot.

It is founded by three former top executives at Wilocity, a chipmaker that was acquired by Qualcomm for $300 million in 2014. Since its inception in 2017, the startup has been designing a bluetooth chip small enough to stick on anything, and cheap enough to treat as a disposable product. Their chip is the size of a postage stamp. It has no batteries, powered instead by leftover radio signals cascading through the air. The startup claims that they recycle the radio signals wasted from Wi-Fi, bluetooth and cellular signals. The Wiliot chip can measure temperature, location and air pressure, then transmit that data back to the cloud.

Their product is especially interesting to companies thinking about logistics and inventory. For example, drugmakers could stick the sensors on emergency drug kits, automatically sensing when a kit is running low and needs to be re-ordered.

Also Read: How to Move Social Traffic to Sales Funnel: A 6-Step Guide

The ongoing pandemic has focused our attention more on how social isolation and loneliness can have serious effects on mental health. Founded in 2015, Norwegian-startup No Isolation aims to reduce involuntary loneliness and social isolation by developing communication tools that help those affected and by sharing knowledge.

With innovations Av1 and KOMP, No Isolation is helping two groups most exposed to loneliness — children and young adults with long-term illness, and those over the age of 80. The company’s first product, AV1, is a telepresence robot that acts as the child’s eyes, ears, and voice in the classroom. Something like one in a 100 children are away from school for at least two months a year, so the market for AV1 is potentially huge.
It’s second product, KOMP, is a one-button communication device designed specifically for use by seniors. The device lets families share photos, messages, and video calls with their analog grandparents. No Isolation’s innovations have received Seal of Excellence from the European Commission, and has become a leading voice on the topic of loneliness, including publishing research on and working with governments to establish strategies to tackle loneliness. No Isolation’s dream is to end social isolation completely and it doesn’t matter how long it takes. This is one startup that is not looking for a quick buy-out.

Will it be the startup that actually does conquer self-driving cars, like Uber, of the market? Maybe. Via, founded in 2012 by Daniel Ramot and Oren Shoval, developed an on-demand ride-sharing algorithm: its mobile app connects multiple passengers who are headed the same way, allowing them to share a vehicle in real-time. The vehicle picks up the passengers at a pre-arranged collection point – a so-called virtual bus stop – set according to traffic conditions and demand.

Users can track arrival time at the collection point and the destination through the app, which uses artificial intelligence and machine learning to map out the most efficient routes. Sometimes users must walk a short distance from their point of origin or destination due to an algorithm developed by the company to ensure minimal delays.

The firm, with offices in Tel Aviv and New York, has raised $787 million to date from investors including Shell Ventures, Hearst Ventures and Israeli VC firms Pitango Venture Capital and 83North.

Via is on an acquisition spree, and recently acquired US firm Remix, a developer of collaborative mapping software for transportation planning, and Fleetonomy, a developer of AI-based optimisation solutions for fleets of autonomous vehicles. In 2019, Fleetonomy provided Jaguar-Land Rover with technology to launch and operate its premium electric chauffeur service Havn. The company provided Audi with its platform to help manage its Bits autonomous transportation services in Germany.

Via operates in over 200 cities in 24 countries, including in Europe where it is better known as ViaVan. The acquisitions bring together complementary capabilities to help transportation planning, innovation, and operations teams respond to changing demands, often in real-time.