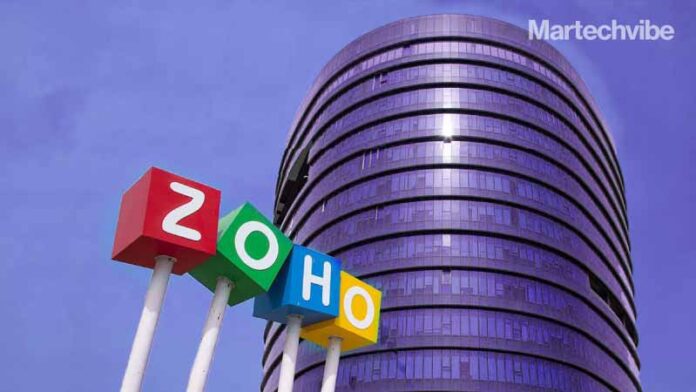 This is the story of Zoho. An Indian bootstrapped startup that has given giants like Google and Salesforce a run for their money with its market disruptive products and services. Initially known as the poor man’s Salesforce, Chennai and San Francisco-based software-as-a-service (SaaS) provider Zoho Corp has now become a giant.

Zoho is not only one of the few profitable unicorns in India, but it has remained so since its launch in 1996. The company offers CRM, SaaS, software development and cloud computing services to customers and aims to integrate itself into the heart of businesses with the sheer number of applications and features in its packages. The company has always put its business model – consisting chiefly of product development and customer support as the lodestone to keep moving ahead in the right direction. The company, unlike most startups, didn’t raise money and relies solely on the quality of its product to grow.

Zoho started off as AdventNet, Inc. when it was founded by 2021 Sridhar Vembu and his brother Sekar Vembu in 1996 in Chennai. Sridhar and Sekar were working with Qualcomm between 1994 and 1996 when they were bitten by the entrepreneurial bug. Sekar left Qualcomm in 1995 to return home to Chennai and set up a software development company. Sridhar left his job soon after and decided to join hands with his brother. But instead of landing in Chennai, he set up his base in Silicon Valley and collaborated with Tony Thomas. Thomas was Sridar’s mentor and the co-founder of Zoho. In 1996, AdventNet entered into network management and began to grow, focussing on product innovation and service. They relied primarily on word-of-mouth for marketing and referral. In 2000, the company politely denied Salesforce’s $200 million acquisition offer and has since acquired a legendary status among startups for remaining bootstrapped to date.

AdventNet Inc. made its international presence known in June 2001 by expanding official operations to Japan. It was the booming Japanese market that led to this expansion. They were one of the first companies to offer dedicated services to dot-com businesses. The burst of the dot-com bubble reduced the customer strength of AdventNet from 115 to just three. With a lot of resources laying around, the company pivoted to creating software products. The continuous innovation led to the creation of the ManageEngine software. ManageEngine is a business operating system that is used by approximately 90,000 organisations worldwide. ManageEngine helped streamline the most important processes for businesses like 1st Security Bank of Washington, ABN AMRO, First American Bank, Bank of America Securities Prime Brokerage, Bank of China, NY Branch, Bank of Scotland, among others. It can also be called the inspiration behind Zoho’s renowned CRM. ManageEngine is a separate division within Zoho today. It offers a range of products that cover the following categories:

ManageEngine is so popular that founder Sridar Vembu says about 60 per cent of Fortune 500 companies use a ManageEngine product. 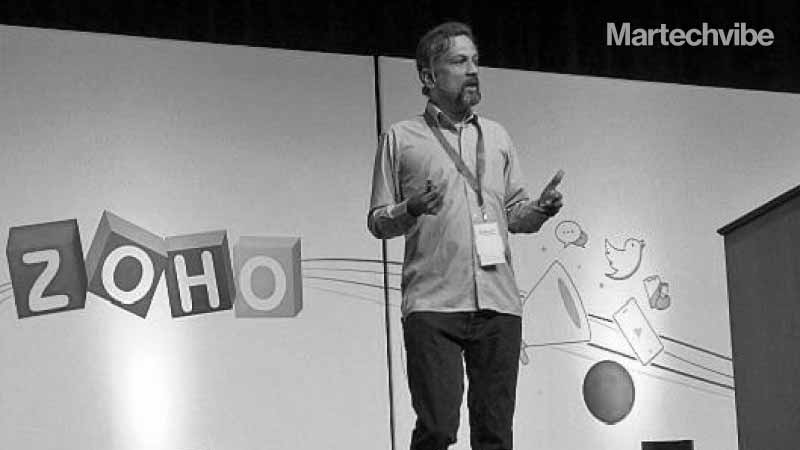 In November 2005, Zoho CRM was released. Small businesses with limited budgets looking to streamline their customer relationship management and sales process gained considerable value by integrating Zoho’s CRM in their process. Zoho CRM has all the core functionalities an enterprise requires, including lead gathering, contact management, workflow automation, analytics, social collaboration and tools to help turn leads into conversions. It is also a web-based platform that can be accessed by multiple mobile devices. Zoho advertises its CRM with the phrase “reach more prospects, engage them in real-time, and close deals faster.”

After the overwhelming response of Zoho CRM, the company released Projects, Creator and Sheet in 2006. In the same year, Zoho added itself to the bandwagon of cloud applications by launching its first cloud business app – Writer. According to Sridar Vembu, the idea behind the creation of these software products came after he studied the industrial histories and functioning of countries like Japan, Taiwan, Singapore and Korea and how they progressed.

In 2007, Zoho released Zoho Docs and Zoho Meeting. Zoho Docs was built to help businesses go paperless and build a digital workplace for effective collaboration, while Meeting was an online meeting and collaboration tool. The year 2008 witnessed the introduction of Zoho Mail. It is a secure, encrypted and ad-free business email that has a user-friendly suite of applications with Calendar, Notes, Tasks, Contacts and Bookmarks. It’s packed with a multitude of collaboration tools and a powerful Admin Console. It soon introduced the People platform, a platform that organised, automated and simplified the HR process. Invoice on the other hand simplified online invoicing and billing for small businesses.

August 2008 is a special milestone for Zoho Corp; that’s when it reached its one million-strong customer base.

In May 2009, the company rebranded itself after its popular online office suite. The name ZOHO was a result of something along the lines of a “Small Office Home Office” abbreviation. The online office suite addressed the intersection between enterprise and end-users which is a big market. Soon afterwards, the company launched Assist that made Zoho’s customer service access channel easier, Analytics and Recruit tools, which helped businesses make sense of their data and helped recruiters with a single platform to manage candidate data easily and without being time-consuming. Zoho’s thoughtful product innovation that is sensitive to customer demands and customer relationships gave rise to the Zoho Desk application. Zoho Desk helped businesses retain customers who were on the Zoho CRM.

Overall, Zoho Corp has more than 40 integrated online applications that help multiple businesses in their operations such as sales and marketing, finance, email and collaboration, information technology and help desk, human resources and custom solutions like app creator and analytics. Zoho’s single software platform Zoho Workplace helps businesses run enterprise applications in a hassle-free way. Zoho Workplace is Zoho’s reply to  Google and Microsoft, which already offer a similar platform and tools. Over the years, Zoho Corp has divided their product offerings into three divisions:

Today, the company has a worldwide reach and is a leader in the cloud computing sector.

Over the last 10 years or so interest in Zoho has steadily climbed. Ten years ago Zoho was relatively unheard of with Salesforce and Microsoft CRM ruling the market. Today, it’s Zoho that’s leading the pack.

In 2017, Zoho launched Zoho One which is an enterprise business package that has cloud support. Zoho popularised a cloud-based SaaS model to support businesses and pioneered it. While major corporations like Microsoft and Google’s business applications are “minimal” and have a subtle sensibility in their applications, Zoho believes in the maxim “more is beautiful”. Zoho One brings everything a company needs in one package. Using cloud computing, Zoho One offers CRM, human resources, and accounting software. It provides packages for use by sales and marketing teams. Businesses don’t have to juggle multiple licenses. They have everything they need with a single license.

Zoho offers integration with Google Workspace, Microsoft Office 365 and builds apps for the Apple Watch. With so much on offer, Zoho’s growth secret is not hard to track.

Zoho has a training programme for Indian students who have just finished school and polytechnic courses to come on board and learn software programming. These students are then absorbed into the payrolls of the company.

The company is jointly owned by siblings Sridhar Vembu, Sekar Vembu and Radha Vembu. Radha Vembu is the majority stakeholder with a 47.8 per cent holding. Sekar Vembu holds 35.2 per cent stake in the company and Sridar holds five per cent. With over a 60 million-strong user base, Zoho is valued at US $610 million. The company has over 10, 000 employees worldwide.

Zoho’s customer base is over 60 million strong. However, let’s take a look at some of the most popular ones.

Zoho is locked in an IP infringement battle with Freshworks. Zoho Corp filed a lawsuit against Freshworks in March 2020. The company claims that Freshworks, which was started by two Zoho employees, Girish Mathrubootham and Shan Krishnasamy in 2010, stole confidential information to build Freshworks and lured customers. Zoho alleges Freshworks’ applications are in fact Zoho’s apps that were built for internal use. According to a report on Inc42, Zoho has alleged that Freshworks recruited over a hundred employees from Zoho to gain access to the company’s confidential customer and competitive marketing information. About seven employees from Zoho’s technical and sales team joined Freshworks in the first two months of 2020. The company has also accused Freshworks of improperly accessing Zoho’s customer data.