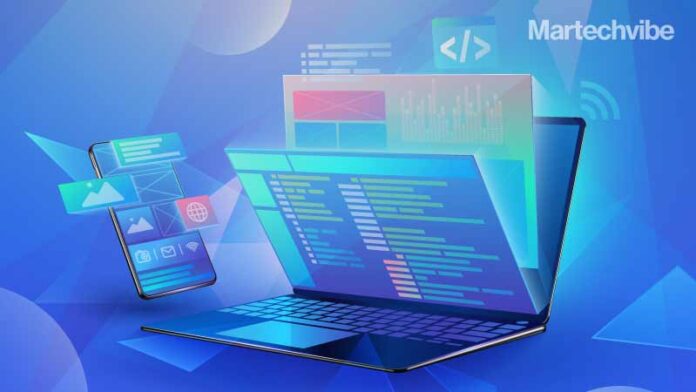 No-code and low-code platforms continue to grab headlines and gain momentum, but they’re not an IT silver bullet. Successful implementation requires a working partnership between citizen developers and IT departments, with clearly defined responsibilities and areas of focus. Now that the global pandemic has accelerated the uptake of no-code initiatives, it’s time to assess the landscape and ensure the solution fits the problem.

It’s nothing new—but its usage is accelerating. No-code has become better, more effective, and more widely accepted as a robust alternative to hand-coding. In 2019, 84 per cent of enterprises across the USA, UK, Canada, and Australia had already implemented a low-code development tool or platform to handle some of their app development.

Alongside the growth of the no-code economy is a new breed of non-developer team. These are employees set free to build custom applications that possess a hand-coded quality. Research by Gartner shows that in 2021, 41 per cent of employees outside the IT function are customizing or building data or technology solutions.

Last year, the global pandemic applied upward pressure to a market already in ascendance. In addition, stay-at-home measures and widely dispersed teams created a business need for remote working on a scale never seen before. This played to the strengths of no-code.

Not only is the no-code and low-code approach highly suited to the surge in remote development, but it has also allowed companies to react faster and support remote work functions at a quicker pace. This fast-tracked adoption is expected to continue, with the global market for low-code development technologies on track to grow by 23 per cent in 2021, to achieve a value of $13.8 billion.

The main difference between no-code and low-code platforms is the target audience. No-code development is aimed at business users who don’t have programming knowledge. It utilizes a visual drag-and-drop user interface, and requires zero programming skills to develop a software application.

From nascent technology startups through to multinational corporations, there’s increasing internal demand for custom software solutions. More companies are embarking on their digital transformation journeys. Business technologists working alongside marketing, operations and product design functions want rapid deployment of automation solutions. And citizen developers—those employees who both create and consume applications—find they have the no-code tools to execute their ideas.

Another outcome of the pandemic was that it revealed a backlog of automation requests from business stakeholders. This has prompted more than 70 per cent of commercial organizations to undertake dozens of hyper-automation initiatives, allowing them to adopt a digital-first approach to business.

It can be highly beneficial to place emphasis on no-code automation tools. That’s because the trinity of digital transformation, business acceleration, and hyper-automation are putting pressure on business leaders and IT teams to perpetually accelerate application delivery times.

When I talk to people who are evaluating no-code options, they tell me it’s not just about the speed at which recurring tasks can be automated; it’s also about the speed of integration. That’s because many of them are building highly innovative IoT solutions with very small, interdisciplinary teams. Development time is scarce. They need to focus on creating unique product advantages rather than spend time integrating building blocks into their tech stacks.

When applied to IoT, the benefits of no-code are greatly accentuated. However, connecting the ‘things’ can often require integrating back-end systems, sensors and other endpoints, security layers, platforms, technology stacks, and more. With such a disparate range of variables, integration through traditional development routes can be highly challenging and time-consuming.

An optimal solution is the combination of API-first, for functionality, with SDKs in various languages and no-code as the logical veneer on top. This approach can be applied across a range of industries and use cases, including:

What we’re now seeing with the rapid adoption of no-code tools is similar to the SaaS explosion. SaaS provided a lean alternative to owning the software and paying for the maintenance, bringing many advantages. Quick set-up, seamless deployment and lower upfront costs are the hallmark. And no-code is on a similar industry-disrupting trajectory.

Also Read: What Does The No-code Economy Mean For Non-developer Teams?

Certainly, there’s always going to be a role for traditional developers. In much the same way that the transition to the cloud hasn’t eliminated system administrators, no-code platforms and citizen developers will coexist with specialist software developers. And traditional IT expertise is still needed for a wide range of activities.

There always needs to be a clear long-term technological roadmap. Everything still needs to align with the wider company goals, both now and in the future. That’s where the traditional IT role will continue to shine. APIs and services that will have a long life are relatively complex or require more than a handful of developers to remain the IT department’s remit. Similarly, bespoke user experiences, custom functionality and scaling systems are all suited to traditional development methods.

There needs to be a partnership between IT and the no-code citizen developers for no-code implementation to fulfil its potential. There has to be a reporting framework and an agreement on the kinds of applications suited to the low-code and no-code approach. This allows for a constructive relationship where IT can support and nurture the use of these options. There’s a lot to be said for task force teams and autonomous working, but they need to be part of a bigger plan and not just a siloed afterthought. These constructive relationships, with specialist skills deployed where they can make the most impact, build solid foundations for both agility and growth.

Knud Kegel is a VP Product at EMnify, the global cellular IoT communication platform provider. He leads EMnify’s product teams in transforming IoT connectivity into an easy to consume cloud resource. Before EMnify, Knud was SVP Marketing and Business Development at CoreMedia, an experienced management software provider for global brands. Knud has over ten years of executive leadership experience in the B2B SaaS industry.