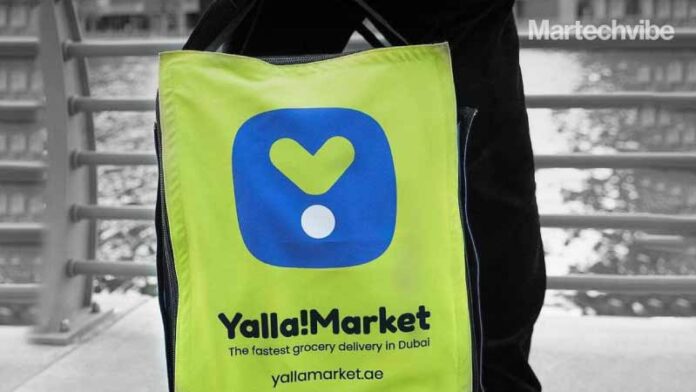 A dark store grocery app backed by Russian and UAE investors has launched in Dubai and it plans to open 100 stores in the Emirates and Qatar by the end of 2022.

The term dark store refers to a retail outlet or distribution centre that caters exclusively for online shopping. Yalla Market opened its first store in Jumeirah Lakes Towers (JLT), Dubai, in August, with plans for two more in Business Bay and Jumeirah Village Circle (JVC) this month. A further two stores will open in business and residential areas in Dubai by the end of 2021, and the company has its sights set on Abu Dhabi and Qatar, with plans to have 100 stores in total by the end of 2022, the company said.

Yalla Market, which offers a product range of 2,100 stock keeping units (SKU), is entering the UAE’s competitive qCommerce (quick commerce) market against existing players including Talabat Mart, InstaShop and Careem and claims to deliver groceries in 15 minutes using an online and app-based only dark store model.

Delivery agents will use electric scooters and bicycles, with orders picked up within three minutes of being sent, to facilitate the short delivery time, with the current average order valued at AED 55. Leonid Dovbenko of cloud restaurant point of sale (POS) company iiko Middle East is the founder and CEO of Yalla Market. Yana Livovskaya, a former CEO of Russian express grocery service Samokat is the COO of the company.

Samokat was acquired by Russian internet giant Mail.ru and Moscow-based bank Sberbank in 2020. Nader Bassit, CEO of Dubai-based Wakira Investments, is an advisor, the company said. Yalla Market’s funding so far includes a pre-seed round, which raised $2.5 million from Russian and UAE-based funds and investors such as Russia’s S7 Ventures, the Wamda Capital and Dubai Angel Investors, and the company is now in the process of raising seed funding, mostly from UAE investors.

“Our team has been developing IT infrastructure for Dubai restaurants for several years, so we know the market from the inside,” said Dovbenko. He sees huge growth potential for the business.

“We see that the level of development of eGrocery in the UAE is far from Russia, where express delivery services have achieved incredible success,” Dovbenko said. “Launching a service of the same high level in this part of the world was an ambitious task for us. We are glad to see a response from local consumers,” he added.