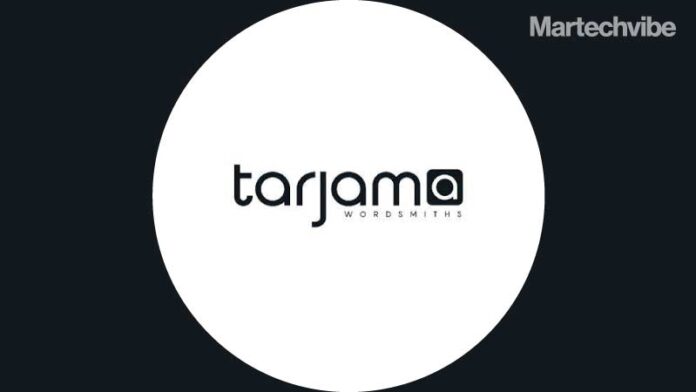 Tarjama, the Middle East and North Africa (Mena) region’s language technology and services provider, is acquiring Screens, the subtitling, dubbing, and localisation company in the region, expanding Tarjama’s offering to include these vital media services.

Founded in 1991 in Lebanon, Screens has evolved into the subtitling and dubbing powerhouse it is today, working with major clients both regionally and around the world.  This acquisition is a strategic addition to Tarjama’s scope of service, as the company continues to break into new markets with its diverse offerings.

Tarjama founder Nour Al Hassan stated, “With this significant acquisition, Tarjama adds a new game-changer vertical in its scope of services. Subtitling and dubbing services will always be in great demand in our region, with the growing need for Arabic content that has a diversity of more than 20 dialects. With prospects for growth and success in the media industry in the Mena region and beyond, we are confident and excited for this new chapter.”

“Screens stands out in the region with its unmatched services quality,” said Joseph Akiki founder of Screens. “Across the years we supported clients with the highest quality, lowest error rates, 24/7hr responsiveness, and fastest turnaround, which allowed us to win all key accounts in the region. Screens has been a major player in the development of the localization industry in the Levant and led the way in setting up the language adaptation guidelines which media companies still work with today”. The company supports more than 40 language pairs and dialects and is a leader in live and semi-live localisations. Recently, the company expanded its operations into Europe and North America through its Paris and Montréal offices.

Nour Al Hassan and her team have an ambitious vision for 2025, which includes continuing to develop Tarjama’s suite of language AI products and expanding to five new locations to have 11 locations by the end of 2025, through a unique customer-centric and quality-driven approach. The upcoming addition of Screens will help the company achieve a significant part of this vision as it will pave the way for Tarjama’s substantial growth in the media space.