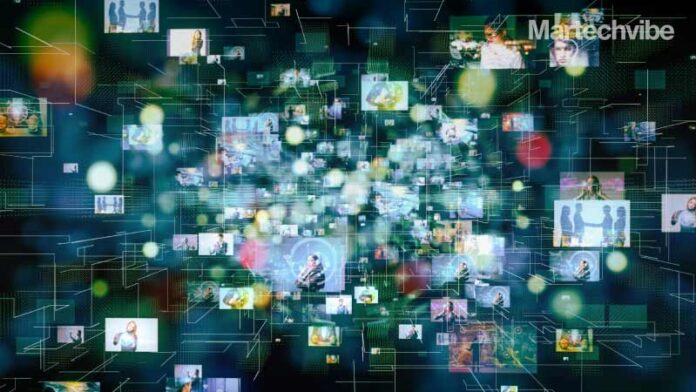 There it was, a virtual gold: an awe-inspiring, pulse-pounding video of professional skydiver Nicole Smith-Ludvik, wearing the Emirates uniform, at the top of the tallest tower globally, the Burj Khalifa, holding signs that she passes to finish giving a message: Fly Emirates. Fly better. The spectacular video racked up 6.1 million views and counting. It did tremendously well for everyone who posted on social media earlier in August.

Clearly, online, as in real life, emotions can be caught like the flu.

In 2021, the other stand-outs in the race to create the most viral piece of branded content are Blendtec and Alibaba. While Blendtec’s campaign “Will It Blend?” video series is a perfect mix of shock factor and humour, Alibaba’s uses an inspirational story of an ice hockey team from Kenya dreaming of participating in the Winter Olympic Games.

Few years ago, in 2017, there’s another online mega-hit, the three-minute musical (viewed 23 million times so far), in which a chorus of men, women and children sing to a religious zealot, telling him that he has taken the wrong path. In the end, the would-be bomber is rehabilitated, and we see the logo of Zain, a Kuwait-based telecom behemoth.

A remarkable aspect of many viral ads is how they defer, as long as, fully as possible, the realisation that you are watching an ad at all. A proven way to rack up clicks and online engagement is to instil in viewers a curiosity, compelling them to watch all the way through.

Viral videos could transform a brand from a relatively unknown company into a household name practically overnight. It’s every marketer’s dream. It generates a buzz for a brand, increasing brand’s awareness among its target market. And as more people continue to talk about it, new customers begin to trust the brand. Oftentimes, the viral videos, which are emotional campaigns, build deep, lasting connections with a brand’s target audience, developing loyalty among its new followers.

Studies show that social viewers — people who watch shared content rather than videos they’ve found by browsing — are far more likely to buy a product and recommend it to others. In 2020, 85 per cent of businesses used video as a marketing tool, according to Wyzowl. And over 50 per cent of users love video content and want to see more.

What does it take for a piece of content to go viral? There’s no easy answer to this question. Major successes are purely accidental. But creating the best possible content is a good start, and promoting that content should be the next step.

However, many viral ads use one of the oldest pieces of emotional weaponry — sentimentality. It helps in winning the cutthroat race for the attention of Internet users worldwide.

Unruly, a marketing technology company, reveals the two most powerful drivers of viral success: psychological response — how the content makes you feel — and social motivation — why you want to share it.

Brands need to evoke multiple positive responses — warmth, happiness, hilarity, surprise — to make sure that the content resonates. The greater the intensity of feeling the content evokes, the more likely people will share it.

The survey found more shares a video generates during the first two days after launch, the higher the viral peak and the greater the overall volume of shares. Marketers should consider front-loading campaigns to maximise visibility during this window.

Emirates Airlines’ video did not succeed on emotional resonance — inspiring awe and dread — alone. What made it viral? Planning: The campaign was so intricate and complex it took major planning. The production company used a single drone to capture the footage in a continuous take to film the complete sequence, and Smith-Ludvik was required to stand on the spire for hours. The internet sensation has left netizens mesmerised, wondering if it was real or was it a montage. So, Emirates released a behind the scene video to demonstrate that the ad was indeed shot on the world’s tallest building. The video shows how the ad was planned and executed.

Press-worthiness: It was very visual. It was backed up by a rock-solid media planning and public relations strategy. The unique concept led to a flood of press and blog coverage. This bolstered the impressive numbers.

Certainly, big-budget campaigns by big brands achieve big results. But no brand should be putting together online content purely with the goal of “going viral”.

Instead, what works is powerful, timely storytelling that reaches as wide an audience as possible. For instance, Dollar Shave Club, a US-based startup that delivers razor blades to customers on a subscription basis, first made waves with a low-budget comedic launch video that quickly went viral in 2012. Later that year, the fledgling company nailed down almost $10 million in venture capital funding and increased sales due to the attention-grabbing video.

Blendtec started making hilarious video series back in 2006 when YouTube was a new platform that hadn’t been bought by Google yet. The videos were initially the marketing director’s idea after he found out that Tom Dickson, the CEO, would test the blenders’ toughness by having the R&D team put wooden boards inside them. No one had seen anything like it, and the videos started to go viral. Since then, even iPhones and iPads have been smashed and blended.

Making YouTube videos isn’t as revolutionary in 2021 as in 2006, but if you put something out there, that was never seen before as the Blendtec team did or Emirates Airlines, going viral becomes more realistic.

While there is no recipe for successful viral marketing, elements make video content effective and viral.

We’ve seen great videos transform businesses, increasing conversions and reaching more people. The internet is a weird and wonderful place, and brands have the opportunity to create something that will be seen by millions. Since a brand can’t force a campaign to go viral, what marketers can do is to make campaigns as share-worthy as possible. So, start packaging content that will make each member of the masses who shares it burnish an online reputation while feeling, oddly, unique.