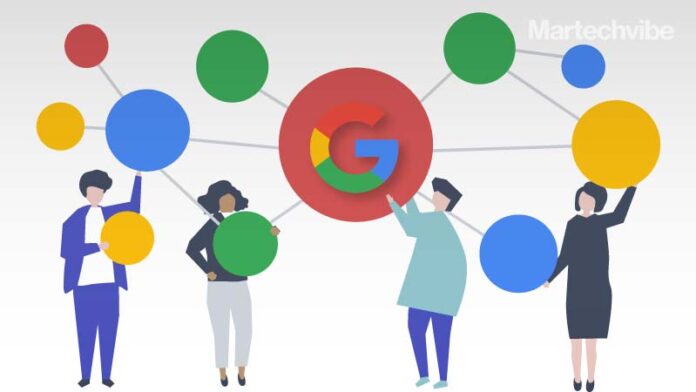 Google’s alternative to the third-party cookie has met with suspicion from a section of marketers and internet companies. On the one hand, FLoC gives advertisers and marketers the freedom to do business without third-party cookies, on the other, FLoC has been called Google’s way of monopolising the search market industry. Why is Google’s act of helping marketers traverse a cookie-less world being met with suspicion?

Projecting itself as marketers’ saviour and upholder of privacy for end-users with the Federated Learning of Cohorts (FLoC), Google is essentially creating customer clusters from where marketers can collect data and deliver ads. FLoC works by creating groups of people with similar interests or characteristics and collecting their data, ensuring no instance of individual identity is given out to the marketer.

This seems to be a great alternative to the third-party cookie and should have made marketers happy, but instead, it has raised suspicion among marketers and other internet companies. Google collects customer data and consent whenever someone uses any of their products and services. From registering your new Android device to using maps, payments facilities, Chrome, or any other Google product, user registration data is captured, and users are served personalised ads. Google’s global reach is huge, and, naturally, only those who subscribe to its services stand to benefit from the enormous pool of first-party customer data that it collects.

Through Privacy Sandbox, Google has been accused by its competitors of monopolising the search marketing industry, preventing competitors from offering search users a comparable proposition by displaying advertisers who have paid to get featured.

FLoC is supposed to collect data from large groups of users and prevent individual identities from being given out to marketers. But what about the data Google collects?

Google’s FLoC hasn’t gone down well with many marketers and publishers who access similar services from  Google’scompetitors. This coalition is against FLoC and accuses Google of stifling the open internet. They have come together under the banner Marketers For An Open Web (MOW) and have accused the Alphabet-owned company of being “disingenuous with its announcement it will stop the use of third-party cookies in response to people’s privacy worries”.

MOW accuses Google of collecting and hoarding vast amounts of data from over 90 per cent of its browser and search histories that are collected from users of all its properties. This data will undoubtedly be used by Google to serve marketers who subscribe to it.

“Google already possesses more data on more people than any other organisation on the planet. In reality, it is only stopping the use of third-party cookies to enhance its commercial interests,” MOW said.

Scrutiny of a majority of terms and conditions that have to be met by users before using any Google property shows they are mostly one-sided and do not offer any real choice to its users.

Using Google properties indicate users are consenting to Google’s terms and conditions. MOW says that if Google continues to collect data unhindered and creates cohorts, it becomes Google’s property. Google does not explicitly say that it will not use the data it collects for advertising purposes. Looking at Google’s size, no doubt smaller entities, with a comparatively smaller first-party user database, will suffer revenue loss. MOW has sought regulatory intervention to stop Google from stifling open competition for the web.

The Problem With Cohorts

FLoC has been created as a way to mask the identity of individuals. Could a cohort itself become an identifier? FLoC is new technology offered to marketers who already know how to identify individual users. A FLoC gives multiple data to advertisers from a single cohort. When a chrome user logs in with their Google ID, it already collects the users’ name and email information. Trackers may be able to reverse-engineer the cohort algorithm to determine any user who belongs to a specific cohort and find out their browsing history.

General information about demographics or interests can be analysed to find out individual communities or groups who have a very typical or specific search and browser history. With time, websites will be able to identify what kind of visitors they get. Today, websites have preferences and can “remember” users. An advertiser with access to multiple cohorts can observe user behaviour across them and identify individuals or groups using common traits. Another problem is the inadvertent repetition of characteristics in multiple cohorts. This will cause advertisers to target the same customer multiple times based on their behaviour across multiple cohorts.

WordPress sites have announced that FLoC would be disabled via the addition of a few lines of code that opt out WordPress sites from transmitting the user’s interest cohort to Google. This could lend a devastating blow to Google’s ad-targeting capabilities because an estimated 40 per cent of all sites use WordPress. This blockage will mean a substantial share of browsing behaviour will be hidden from Google’s ad-targeting technology.

WordPress in a statement disagreed with Google, saying FLoC places people in groups based on their browsing habits which can lead to discrimination. The disagreement with Google is so strong that WordPress proposed treating FLoC as a security concern.

WordPress has joined the likes of Chromium-based browsers Vivaldi and Brave who are disabling FLoC. DuckDuckGo has also said it’ll block FLoC on its chrome extensions. The Electronic Frontier Foundation called FLoC a “terrible idea”.

Google already has its hands full with the antitrust cases, accusing it of search manipulation. In December 2020, US regulators filed a wide-ranging antitrust lawsuit alleging the tech giant manipulates its search results to give its products and services greater rankings over rivals — preventing internet users from seeing other options. US government regulators accuse Google of solidifying its monopoly in search, capturing almost 90 per cent of all queries through anti-competitive tactics, creating a protective bubble around it. Google denied the allegations and said it isn’t stifling the market.

But the fact remains that to feature on top of Google search results, advertisers have to purchase ads and thus rise to the top of users’ search results. In doing so, Google increases the adoption of its advertising products, enriching its bottom line and maintaining its dominance in the market. Considering advertising accounted for $146.9 billion out of its $182.5 billion annual revenue in 2020, which is 80 per cent of its annual revenue, Google is unlikely to change its way.

At the same time, when first-party data is more critical than ever, Google is pushing for a cookie-less future with FLoC. Its actions have brought some sense of relief among a section of users and advertisers alike who were worried about their data, and a future without the third-party cookie.
Undoubtedly, Google’s Privacy Sandbox will spur the ad tech industry to find solutions for marketers navigating the web without third-party data.  Big names like Apple and Facebook are not behind in creating their privacy and third-party cookie-free solutions. The internet is becoming oligopolistic and there isn’t much for marketers and advertisers to do, except looking into the various guidelines and policies and focussing on collecting and working with zero or first-party data.