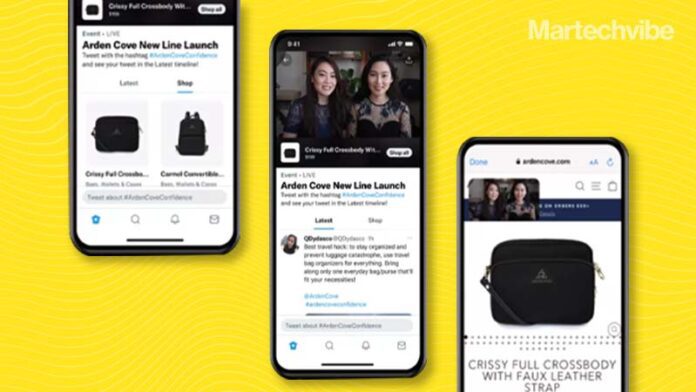 Twitter launches an online shopping initiative that includes livestreams, and Walmart is already on board as the first retailer to try out the platform.

Walmart and Twitter will co-host Cyber Deals Sunday stream event on Twitter, during which viewers can follow along with a live broadcast, shop featured products through Twitter’s Shop Tab and post tweets about the event.

Musician-turned-social-media-celebrity Jason Derulo is set to host the livestream event described as “a 30-minute variety show highlighting electronics, home goods, apparel, seasonal décor, surprise special guests and much more,” according to Twitter’s announcement about the event.

“Twitter continues to be an important platform for Walmart’s business and our customers,” said William White, Chief Marketing Officer at Walmart. “We’ve been focused on charting new territory in shoppable livestreams.”

Twitter’s venture into livestream shopping follows a feature introduced in July 2021 called Shop Module, which allows people to shop and purchase products through an in-app browser.

While this is Twitter’s first shot at livestreaming a shopping event, other platforms have made similar announcements this month: Facebook unveiled “Live Shopping for creators” to make shopping and buying easier across Meta apps, and YouTube is hosting a weeklong live shopping event called “YouTube Holiday Stream and Shop” that’s streaming through Monday, while Pinterest has announced “Pinterest TV.”