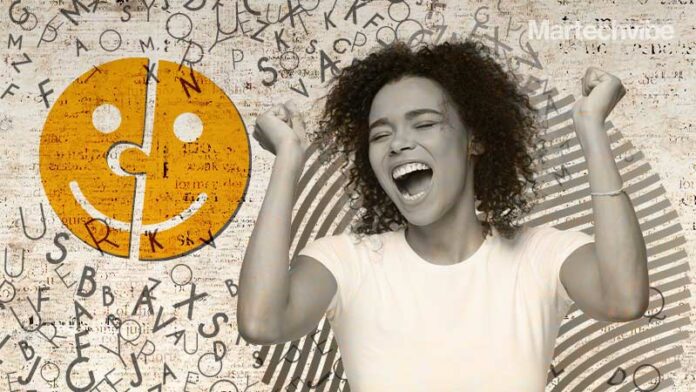 Understand how fonts drive experiences, associations and emotional responses to your brands, and its messaging.

Can fonts influence our response to taglines and slogans? Does it encourage us to perceive a company logo in a more positive way? Can squiggly calligraphy really build trust between brands and consumers?

Monotype answered these questions in its new research that demonstrates the emotional impact of type on consumers. This is the first study of its kind to understand how fonts drive experiences, associations and emotional response to brands and messages.

Monotype partnered with applied neuroscience company Neurons to test three contrasting typefaces and found that typeface choice alone plays a significant role in how people feel—boosting their positive response by up to 13 per cent.

“This study tested our biggest assumptions about consumers’ emotional response to type and confirmed everything the broader design community has believed about type for decades—that it measurably affects consumers recognition of, confidence in, and recollection of brands,” said James Fooks-Bale, Monotype senior brand director.

“Even in the absence of colour, logo, movement or any other traditional element of visual identity, typography plays a crucial role in conveying trust, sincerity, and reliability—brand marketers, agencies, and creatives should take note.”

For the study, Monotype and Neurons surveyed 400 people using three kinds of stimuli: single words, a sentence using those words, and a sentence with the words including a brand. Each of these was set in three typefaces – FS Jack, a humanist sans; Gilroy, a geometric sans; and Cotford, a languid serif.

While these types look similar to brands consumers have seen, they were not associated with actual brands to avoid pre-existing associations. Respondents rated the combinations using a range of emotional metrics – such as how sincere, memorable, trustworthy or confident they felt.

The Cotford serif has long associations with the world of fashion and luxury, meaning people’s subconscious reaction is driven by years of cultural association. The research showed Cotford Display Regular boosted people’s positive perceptions of the word ‘quality.’

FS Jack Regular created a nine per cent, seven per cent and three per cent increase in how innovative, prominent, and unique a single word is perceived to be.

While a sans serif, FS Jack Regular has a double-story “a” and “g,” which is considered a more humanist way of constructing letters, potentially impacting consumers’ response to the typeface. Results back the assumption that letters closer to calligraphy may prompt a deeper, instinctive emotional reaction.

FS Jack Regular boosted people’s sense of confidence by up to 12 per cent. By setting “trust” in FS Jack Regular, the research showed significant increases in the level of sincerity and honesty respondents attributed to the word. This again demonstrates how a typeface with strong roots in calligraphy can elicit an immediate sense of trust in the reader.

Gilroy Bold, which is used by a long list of household brands, showed a 5 per cent increase in how honest respondents felt a slogan was. Results underscore that geometric sans serifs have become visual shorthand for reliability and success.

Statements set in the typeface tracked increases in competitor standout, uniqueness and innovation. The bold weight is likely to be a contributing factor, as well as the prevalence of this style of typeface, particularly in the tech and startup worlds.

The report introduces several key findings, and the authors also point out that the potential to uncover more through sentiment testing is vast, and future research will explore the emotional impact of type even further.

“This study shows that we have emotional relationships with type and our brains have a significant response to letter shape. The results in this study far exceed the typical 0-5 per cent positive response to typeface,” said Thomas Zoëga Ramsøy, founder and CEO of Neurons.

“The importance of branding has never been more evident, but these responses are typically unconscious, making them hard to measure with

“Our work with Neurons reinforces type’s powerful effect on people. Simple shapes of a letter—what many take for granted—can spark a cognitive and emotional reaction, leading to a subconscious judgement around a brand’s honesty, sincerity or innovation,” said Phil Garnham, senior creative type director at Monotype.

“On the flip side, brands that take type for granted and employ a poorly chosen typeface risk alienating their customers, negatively impacting the bottom line.”