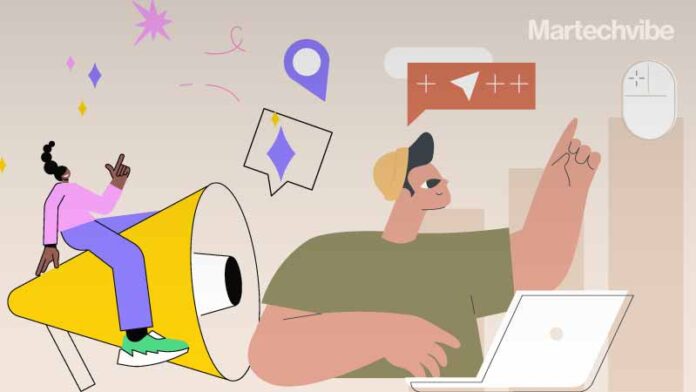 Did you know that  70 per cent of the ad campaign performance can be attributed to the creative?

Pepsi’s “Join In” campaign featuring Kendall Jenner is a marketing lesson of what not to do. It features the reality TV star handing a can of Pepsi to a police officer to diffuse the tension in a protest that is vague with generic signs of “love” and “join the conversation.”

Having no sense of depth, urgency, and contemporary social context, the backlash began on Twitter within hours. People found the ad offensive and tasteless. Critics called out the creatives for neglecting market research, and the world agreed.

This happened a few years ago, but the controversy it stirred still causes marketers to purse lips in discomfort, and remains a warning sign for marketing and advertising teams trying to create an impactful campaign.

Though strategy matters more than ever today, it is research and planning that requires maximum focus. Advertisers need to keep track of the shifting customer sentiments, and start measuring the abstract – the creative behind the ad campaigns. Research suggests that around 70 per cent of the ad campaign performance can be attributed to the creative.

Creative ad measurement is key. In a digital, omnichannel-driven competitive business world, it is recommended that marketers create several variations. As the best way to improve success rate is to measure the ad creative, why take one idea and launch the same ad on every platform and leave everything to luck?

It is crucial to understand that what might work on YouTube and delight the viewer, might not on TikTok. Marketers need to test all elements using a combination of ad metrics, and then finalise on the creative that is most likely to drive customer acquisition and revenue.

While simplicity and relevance is the key for advertisements on mobile, there are several other important pointers to identify. It’s easy to know the elements but it’s more complicated and critical to understand the audience. For advertisers to zero in on what exactly works for them, there are several creative ad measurement tools that can be used. With the required insights, they can strike gold.

Meta research states that advertisers use different methodologies that indicate various outcomes, so replication or generalisation of creative ad measurement is not possible. It is advised to have certain guardrails about what works for their tests. The research outlines a three-stage framework about the measurement. First is the identification of the desired outcome. It is also important to figure out how much of the ad success rate stems from the execution of the creative experience.

The second step would be to deconstruct the ad to examine each feature and how much of the creative factor it brings to the table. The features would also include aspect ratio, video play time, the setting, and the human elements. It is important to examine the ad elements with the question, “does this evoke emotions?”

The researchers believe machine learning (ML) can help advertisers determine the most effective features of the creative. The final step is to run experiments and model out creative outcomes. After gathering insights from each stage, the advertisers can follow best practices.

If the brand’s advertisement is not remembered by the customer, well then, what’s the point?

Meta offers a creative measurement tool called Gamma Score for advertisers to gain better visibility into its digital creative performance. The ML system utilises the elements of the company’s ad delivery system to understand the degree to which viewers enjoyed the advertisement.

It uses the technology to associate the creative elements to the viewer’s likelihood of  recalling the specific advertisement. Experts believe that the memorable factor is key because it connects to performance metrics such as offline sales.

But learning, experimenting, and viewing the process in multiple perspectives can help, and betatyping is a way to do it. Developed by Meta’s creative shop, this measurement framework can help advertisers find new territories that could harbour success.

It’s a more practical approach instead of investing the company’s full production and media budgets in a single, linear ad campaign. With creative experimentation, chances of risks, failures, and even controversial public opinions can be drastically reduced. The core elements of betatyping are ask, make, learn, and adapt. With intentional experiments, the betatyping approach is claimed to have an immediate impact on media efficiency.

Conducting an analysis on the measurement technique, Meta states, “The winning assets developed through a process of testing and learning had a measurably lower average cost per ad recall, cost per action intent and cost per action compared with the alternative assets.”

The betatyping technique can be applied to brand campaigns in their strategic positioning stage or throughout the process, from conceptualisation to execution. It can even work on direct responses.

One Step Further With Attention

Back in 2017, Nielsen Catalina Solutions research revealed that creative contributes to 47 per cent of sales, and the remaining contributors include reach, targeting, recency, and context. The creative numbers have grown in the hyper digital era we live in today, and experts have superimposed  data on an advertising attention model. Combining media performance with creative performance can enhance the impact of the ad campaign.

There are several companies such as Adelaide, Realeyes, and TVision that are largely focused on attention measurement. Creatives, especially, can enhance attention and emotional outcomes within several ad formats. Focusing on connectivity across media and creative can drive business performance.

Advertisers believe attention measurement strategies should include brand, creative, and media metrics.  Elements working in silos are not effective. Designing an ad creative in a cookieless future with a plethora of data privacy regulations is the endgame for marketers. Here, they either find success or watch their brand valuation take the next exit.

“In a future without the cookie or personal data, we believe that digital advertising will come down to capturing the consumer’s mindset through a combination of creative, context, and consumer attention,” said Phil Schraeder, CEO, GumGum, a media and technology firm recently acquired by Playground xyz, a global attention based advertising platform.

The Power of Synergy
How to Really Measure Consumer Engagement