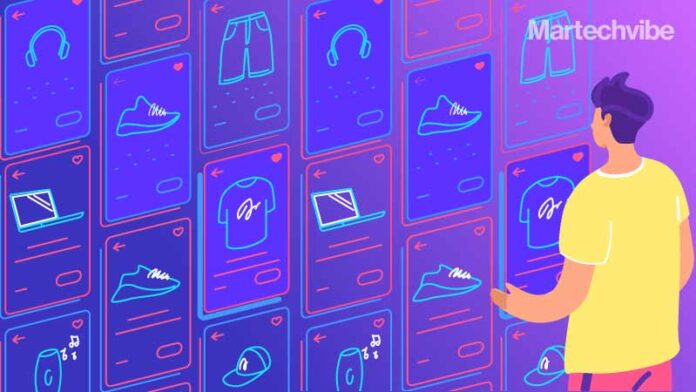 Globally, the Gulf Cooperation Council has been one of the fastest-growing eCommerce markets, increasing from $5.3 billion in 2015 to $17.7 billion in 2019, and forecast to reach $50 billion in 2025, according to data from Kearney Middle East and Statista.

In any digital market, maintaining strong growth is a challenge. It’s one thing to convince mobile-first early adopters and globally savvy users to shop digitally, particularly during a pandemic, when travel is limited. But achieving the $50 billion forecast for 2025 will require moving down the adoption curve beyond the innovators and early adopters to reach the early and late majority of users who historically comprise about two-thirds of the population.

The way for eCommerce companies to continue the steep growth curve and reach more prospective users is by broadening their marketing outreach. According to global research conducted by Zoomd, 37 per cent of user acquisition managers are now working with 10 or more channels. This ensures that they reach their potential app users through a broader range of channels, including social platforms like Facebook and Snapchat, video platforms like YouTube, emerging platforms like TikTok as well as via Demand-Side Platforms (DSPs) and ad and affiliate networks.

In the last one year, Snapchat has grown significantly among our survey of mobile user acquisition managers, increasing from 30 per cent in 2020 to 45 per cent usage among respondents in 2021. Snapchat appears to have benefitted from maintaining a low communications profile regarding Apple’s termination of IDFA app tracking, as the platform appears to have suffered less than other platforms. Snapchat, as a platform provides tremendous opportunities for eCommerce companies, particularly in light of the platform’s exciting use of augmented reality.

Despite TikTok’s tremendous growth among users, user acquisition managers still have some reservations regarding the platform as a marketing solution today. Specifically, our research showed that 49 per cent of user acquisition managers felt that their media and marketing teams lacked a greater understanding of TikTok, while 14 per cent believed that they lacked support for TikTok from senior management. That said, we’re expecting to see those numbers change in the second half of 2021 and into 2022 as TikTok matures as a marketing solution.

Meanwhile, with the tremendous growth that games are experiencing, playable ads were the leading ad creative format used by mobile user acquisition managers in 2021, cited by 41 per cent of survey respondents. The rise of playable ads is proof that with today’s mobile consumption habits, it’s not enough for a marketer to just blast their brand and logo. Mobile consumers are willing to test drive an app that allows users to interact with the app while also moving them down the funnel towards their first purchase. Other ad creative formats cited by mobile user acquisition managers include interstitials, video, the old standby banners, as well as Reels by Instagram.

If the aforementioned channels, platforms, and ad units provide eCommerce companies with tremendous growth opportunities, the challenge in 2021 and beyond will be privacy changes and regulation. In 2021, we already experienced changes from Apple via the company’s termination of its IDFA app tracking. With the roll-out of iOS 15, Apple is expected to block email marketing platforms from tracking email open rates. Android and Google are expected to match the privacy changes being implemented by Apple, and pending government legislation might bring about more privacy-related changes.

These changes will give more power to the platforms, which possess a treasure trove of personalised user data, as well as to publishers and others who have cultivated strong relations with their users powered by data.

Despite these privacy-related challenges, given the strength and level of opportunities now available across a broad range of platforms, media channels, DPS, and networks, I’m confident that the lofty goal of achieving $50 billion in eCommerce sales in the GCC by 2025 is within reach.

* Omri Argaman is the CMO, Zoomd