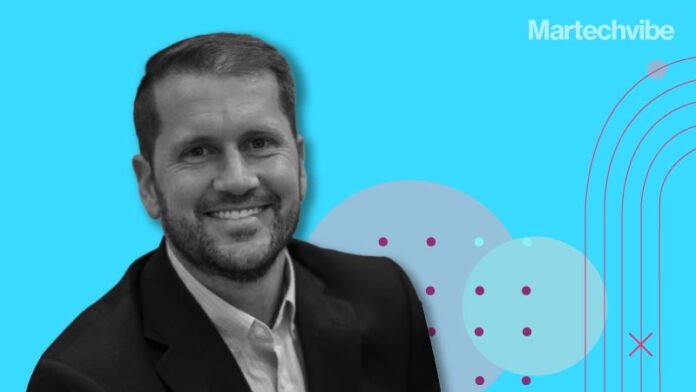 Securing customer loyalty is increasingly challenging, but adopting specific technology trends like blockchain could hold the key. Smart, strategic use cases for NFTs are emerging, and brands are using it as an opportunity to redefine how they engage with their most loyal customers and fans and leveraging it to modernise their loyalty programs.

In this edition of the Martechvibe Dialogues series, where we speak with domain experts and thought leaders, Brad Macdonald, VP – Loyalty Consulting, Epsilon, talks about how blockchain technology can enhance customer loyalty programs and loyalty challenges emerging due to the rising customer privacy concerns.

Excerpts from the interview:

What new-age technological integrations are driving loyalty across industries?

There are a few things that I’m excited about, and one of them is facial recognition technology, which you’re seeing integrated into the retail environment with the Amazon Go and some other concept stores. There’s huge potential for that and loyalty. I worked for Delta Airlines years ago, and we had the idea of giving our high-value customers’ bag tags with RFIDs in them so that when they showed up at the airport, we could greet them and start the dialogue. It didn’t work out, but I think there’s huge potential for facial recognition because it allows us to recognise the customer earlier in a typical retail interaction. You don’t get to know who the customer is till they’re walking out the door because you can’t identify them until they check out. With facial recognition, we can identify them as soon as they walk in the door and create a better experience for them. I’m also excited about data, which I know is not a new-age technology, but we’ve made a lot of progress in the last few years as marketers have been using it efficiently. In a way that personalises the experiences and makes them more memorable.

Epsilon has invested a lot in data and our ability to identify customers and create that data map of the customer in both their online and offline experience. And it’s allowing us to do some cool things that we weren’t able to do before. So like I said, it’s not a new-age technology, but we’re doing it in a cool way. And I’m excited about how we can use that with loyalty. We’re also starting to see the emergence of blockchain technologies within loyalty, so using cryptocurrencies and NFTs adds to the loyalty experience.

So how does increasing use of blockchain impact loyalty programs? Tell us more about that.

I was at a loyalty conference five or six years ago, and everybody was talking about blockchain this and blockchain that, and we had to be ready for blockchain. And at the time, I didn’t know what the use cases were for blockchain. I couldn’t see how we would possibly use it in loyalty, and I don’t know that anybody there could either, but it was the buzzword at the time. But fast forward five years later, and now we’re finally starting to see applications for it. That makes sense, and we’re seeing it used in loyalty programs. There are a few out there that have begun to adopt it. The biggest one that we see is as a reward. So using cryptocurrency as a reward for a loyalty transaction, trading in points for currency, the other is NFT, which is pretty cool — using digital art and one-of-a-kind rewards are starting to become loyalty rewards. There are other use cases for blockchain, so you could use it to help with accounting and loyalty, especially when you have a distributed ledger across different companies or in a consortium or kind of a multi-brand loyalty program.

So it could have applications there. But the biggest one that we’re seeing now is loyalty rewards. We’ll see that grow even more.

Do you foresee blockchain becoming more mainstream when it comes to loyalty?

Blockchain will become more mainstream; people will be more familiar with it and understand it. Cryptocurrency will take hold at some point. And that’s when you’ll see huge use of it in loyalty. Right now, everybody wants to do it because it’s a shiny new thing. But once it becomes even more mainstream, it will become more used in loyalty. We’re at the beginning of the adoption curve on that one.

What are loyalty challenges emerging due to rising customer privacy concerns?

Loyalty is all about building a lasting relationship with the customer and building that connection; you build that trust that you can’t misuse the customer’s data. They entrust us with it, and we have to use it responsibly as marketers. It’s in our best interest to be very careful with customers’ data, regardless of the laws and the regulations. It’s something we should be doing in the first place if we want to build long-term relationships built on trust with the customer. Having said that, it’s a speed bump for us. We’ve had to comply with GDPR and adjust our customers’ systems and loyalty platforms to accommodate customer requests when they want to have their data removed or when they want to see how it’s being used. We’ve also had situations where countries are changing their policies so that the customer data that’s generated in the country stays within, which, as you know, in a cloud environment, and that becomes pretty tricky, but there are ways to work around it.

And so, there are speed bumps, but they’re not stopping us from doing what we want to do. If we use the data the right way, which we should have been doing all along, these technical speed bumps will slow us down a little bit, but we’ll still be able to do what we want. So as we responsibly use the data, the customer sees that they’re willing to give us more data, and we use it in a way that benefits them and adds value to their relationship with us. They’re willing to give us more and more permission to use it. So that’s what we should have been doing all along.

So you would say that’s more of a value-driven exchange of data where the consumers expect a value coming out of the data you’re collecting.

Absolutely. So we don’t want to collect data unless we’re using it. And so we’ve seen some programs that have been collecting data that they sit on and never use it. The customer expects that if I’m going to give this to you, do something with it to make my life better. And so that’s our view is that let’s not collect it unless we’re going to use it. And when we do, let’s use it responsibly to add value to the relationship.

Why are companies sitting on tons of data and not using it?

Well, you have to differentiate between first-party data and all the other data collected. When you’re explicitly asking a customer for their first-party data or zero-party data, you have to show them or be able to communicate to them the value they’re going to get out of giving that to you. It’s a technological and a staffing problem when we see clients sitting on mountains of data they don’t know how to use, or they don’t have the bandwidth to use it or don’t have the infrastructure set up to use it to benefit the customer. And so it just sits there.