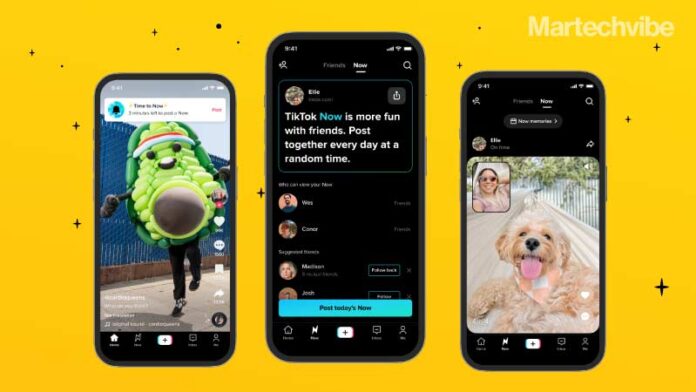 With this new feature, users will receive a daily prompt to capture a 10-second video or a static photo to share what they are up to.

The short-form video hosting app launched a new TikTok Now feature, prompting its creators to share 10-second videos or static photos of their daily activities. Chinese Technology company Byte Dance announced that they added another security layer for its teenage creators, ensuring their safety. The recently launched feature will have special protection for its creators below the age group of 18 years.

With this new feature, users will receive a daily prompt to capture a 10-second video or a static photo to share what they are up to.

Creators in the US can access this feature via the TikTok app, while the users in other regions will have to download another app called ‘TikTok Now’

The makers of the Short Form video app claimed that with this new feature, creators could control access to their content. They can block others and choose which comments will appear on their content. Creators have a choice to report objectionable behaviour if they believe it may violate Community Guidelines.

The app owners announced that they would continue to take further steps to help support the safety and well-being of teens in particular:

Creators completed 18 years of age and above will have additional sharing options. In addition to sharing with mutual friends, they can share their posts with the broader TikTok Now community based on their privacy settings.

Netflix to Open Its Own Video Game Studio