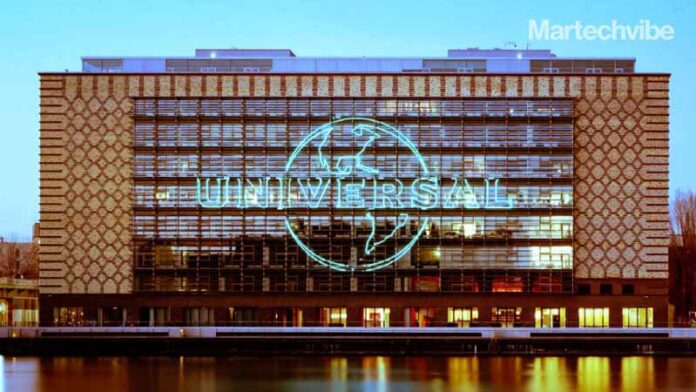 Under the terms of the innovative multi-year agreement, UMG’s entire recorded music catalog is available on a global basis in Snapchat’s Sounds tool, including Search and curated Playlists. UMG is additionally developing augmented reality music Lens content featuring the company’s artists that will be regularly available in Snap’s Lens Carousel and Lens Studio, with the opportunity to feature merchandise launches and e-commerce experiences.

Also Read: Talkwalker Reveals The Most Loved Brands for 2021

Michael Nash, UMG’s Executive Vice President of Digital Strategy, said, “We’re thrilled to build on our innovative and collaborative relationship with Snap and to provide Snapchat’s users with access to UMG’s vast catalog of the most iconic recordings of all time. When entertainment and social media companies work together, fans are able to creatively build close-knit communities around the artists and the music they love, all while ensuring that artists are fairly compensated for the use of their music. We’re looking forward to working with Snap to unlock even more innovative features and allow creativity and expressive communication across Snapchat’s community.”

“It’s been exciting to see how quickly Snapchatters have taken to our Sounds creative tool, and in turn the immense impact it has had on the music industry as they discover and share music with their friends and the community,” said Ben Schwerin, Snap’s SVP of Content and Partnerships. “Universal Music Group has been a tremendous partner over the past several years, and we’re thrilled to expand our relationship to bring Snapchatters even more music to express themselves and create engaging Snaps.”

For several years, UMG and Snap partnered on individual new releases from key artists, including many first-of-their-kind collaborations. Justin Bieber (Def Jam) and Benny Blanco (Interscope) were the first to use Sounds to premiere a song with the release of “Lonely” and Nicki Minaj (Republic) was the first to feature artist merchandise in an AR Lens for her 2018 album Queen. UMG has additionally previewed songs on Snapchat from Iann Dior (10K/Virgin Music), Dreamer Boy (slowplay/Harvest/Capitol Records) and JAWNY (Interscope).

BENEE’s 2019 global Lens for her song “Supalonely,” has generated more than 1 billion views to date. BENEE commented, “Round the time ‘Supalonely’ started to take off, my label Republic Records, came to me with this global Lens opportunity on Snapchat. Being someone who uses Snapchat often, I was excited that they wanted to use the song on one of their Lenses but I had no idea the impact it was going to have at the time. It was really cool to see everyone connect with the Lens on Snapchat once it went live. It added another fun level to the song!”

Snap has been partnering with UMG to experiment with music and augmented reality experiences. Olivia Rodrigo (Interscope) has leveraged the platform for multiple releases, including “Driver’s License,” which had more than 10 million videos created with more than 325 million views since its release. Rodrigo was the first recording artist to use Snapchat’s new Augmented Reality VFX technology in Lens Studio to provide an immersive experience where the user is covered in graphics from her newly released album, Sour. In the experience, the user completely disappears from the video, only to reassemble with another hand gesture.