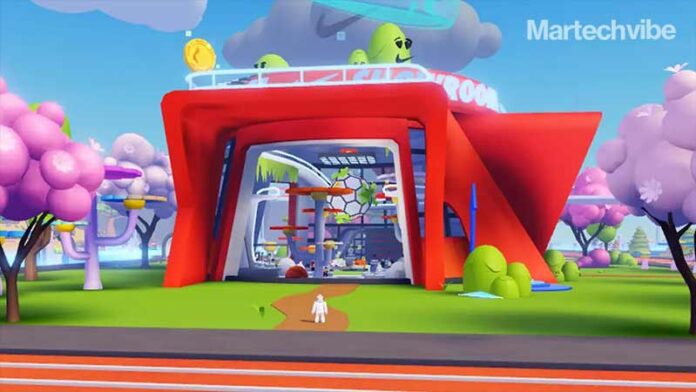 Nike announced that it is partnering with Roblox to create a virtual world called Nikeland on Roblox’s online gaming platform.

The virtual world includes Nike buildings, fields and arenas for players to compete in various mini-games, ranging from tag and dodgeball to “The Floor Is Lava.” It’s modeled after the company’s real-life headquarters. Nikeland will be free (for now).

The company eventually plans to integrate in-play moments that emulate global sporting events. Examples may include a soccer event during the World Cup or a flag football game during the Super Bowl. Nike said it will continue to update the virtual world to include athlete and product integration.

People with accelerometers in their mobile devices will be able to use real-world movements to power their online play. For example, you can move your body in a jumping motion and it will translate in the virtual world to enhance the experience.

Users will also be able to enter a digital showroom to dress their avatar in everything Nike and check out the company’s latest product offerings. Items could be modeled after real-life Nike products being offered or from past launches. Nike could also tease future products or allow kids to co-create items.

Sam Poser, an analyst who covers Nike at Williams Trading, said he sees Nikeland being successful not only as a way to introduce the brand early to kids but also for the information and use as a testing ground for the brand. He envisions it being used as a way for Nike to try out new products to see what sticks. “If they know a bunch of kids are wearing it on Nikeland, then they will then come out with it in the physical world,” said Poser.