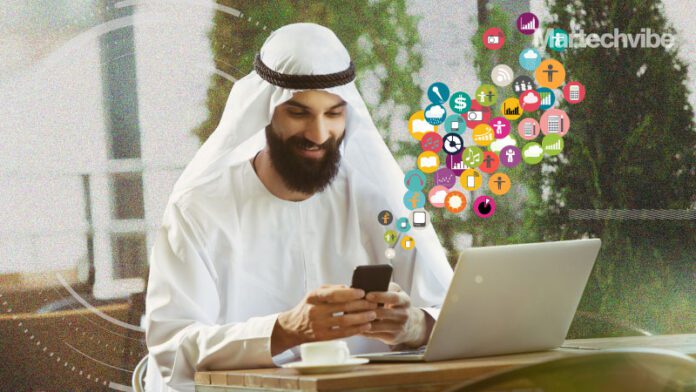 An increasing number of UAE consumers are using Mobile Apps for Finance, Retail Services. New research shows mobile app installs and spending among UAE consumers is on the rise, indicating the maturity of mobile as a primary engagement channel with businesses.

As businesses in the UAE double down on mobile apps to increase customer engagement and spending, they see highly favourable results for their efforts, with the overall number of installs of mobile apps in the country growing 23 per cent in H1 2022, compared to the same period last year. While finance apps were, by and large, the most successful, with

installs growing a staggering 183 per cent. Other categories that posted noteworthy app install growth included entertainment (31 per cent), travel (36 per cent), social (30 per cent), and food and drink (15per cent).

“It’s clear that as we emerge into the post-pandemic world, the accelerated momentum toward mobile that we’ve witnessed over the last two years has created a mobile-first mindset among consumers and businesses. Our findings indicate a growing preference for mobile apps as the primary engagement channel. While this is ushering in a new era of convenience for consumers, it has greatly increased the competitiveness of the space. Businesses must now seek innovative and measurable means of enhancing user experiences and increasing engagement on their mobile apps,” said Samer Saad, Regional Manager – Middle East, AppsFlyer.

A notable outlier was retail apps which saw overall installs drop 9 per cent. Due to the probable surge the sector experienced throughout the pandemic, a feat that has been hard to replicate as consumers have regained their ability to visit physical stores. Unsurprisingly, AppsFlyer’s data still indicated significantly peaks during occasions such as Ramadan and Black Friday — although this year too, the peak during Ramadan was less than in 2021, possibly because the figure last year was significantly higher than average.

Over the year, between March 2021 and February 2022, in-app purchases increased by 9 per cent. Here too, finance apps stood ahead of the pack with nearly three-fold (277 per cent) growth in in-app purchases, while ecommerce applications enjoyed 41 per cent growth despite the previously mentioned drop in installs.

While there appears to be a growing preference among UAE consumers to engage with businesses via apps, 9 out of 10 UAE organisations offer a mobile app, making this a highly competitive space. For this reason, mobile app marketers have a key role to play in driving the success of their organisations’ mobile-first strategies.

Remarketing — the retargeting of users who have indicated some interest in the brand — in particular, has proven to be highly effective with UAE consumers, with conversions from this activity growing 43 per cent in H1 2022 compared to H1 2021. This growth was primarily driven by remarketing installs on Android devices (up 79 per cent) compared to iOS, which saw a decline of 9 per cent, unsurprising given the challenges around remarketing introduced by the launch of iOS 14.5. Consequently, mobile marketers have been focusing their budgets on Google’s mobile operating system, growing their app install ad spend on Android by 75 per cent.

Responding to the question on metrics to measure mobile advertising attribution, Samer Saad, regional manager – Middle East, AppsFlyer, said, “This depends on what you’re trying to achieve. For example, if you’re focused on acquiring new users, then you want to focus on measuring app installs, and of these, how many were driven by marketing activity (non-organic installs) compared to those that occurred organically. It’s also important to look at how this varies depending on the channel and type of campaign. If, on the other hand, you want to get users to spend more time in your app, you want to look at measuring engagement. If you want to calculate revenue, then in-app purchase and advertising revenue are the way forward. Many brands will measure multiple metrics, but what that combination looks like ultimately depends on that particular business. There’s no one size fits all approach.”