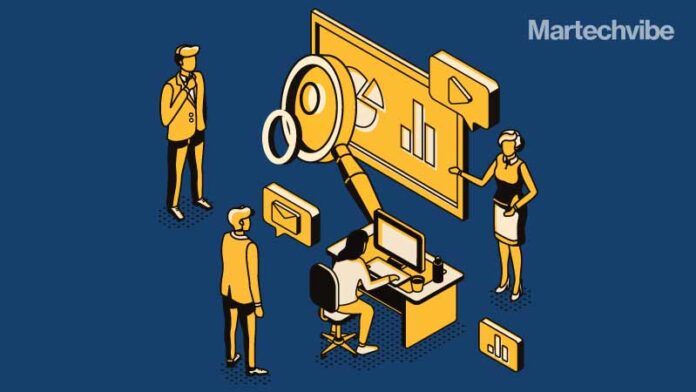 Ad tech giants are seeing a surge in business as marketers rejig their budgets to focus on targeted digital spends. As the economy recovers, forward-thinking brands are planning ahead to hit a significant ROI

It’s been a tough year for marketers. Most marketing teams saw their budgets slashed as consumption slowed. According to Statista, overall spending on advertising slowed in 2020. But the good news is that it is expected to recover in 2021 and reach $630 billion in 2024. North America leads the charts when it comes to advertising spends. This is followed closely by Asia and Western Europe. The rest of Europe, Africa and the Middle East is still catching up.

The pandemic changed how many businesses operate and, by extension, communicate with their customers. For example, brick and mortar stores that expanded services to eCommerce evolved to a contactless experience and must find a messaging plan to match. Here we see that marketers who earlier relied on traditional marketing have accelerated their digital marketing efforts to ensure business continuity.  It’s a positive move for Middle East brands.

There are plenty of benefits in this shift; lower costs, lower headcount, more scope for personalisation, multiple traffic systems, easy scalability and more control over customer experience. As brands set up strategy, spend, and automation tools to facilitate execution, ad tech remains a crucial component to consider. It includes a set of software used by advertisers, ad agencies, publishers, and other industry players for management and monetisation. Think of it as the force behind making sure the right advertisement reaches the right person by going where they already are spending time.

But it’s not just for first-timers. Brands that have been consistently involved in developing their marketing stack focus more on ad-tech tools because of the frugality it offers. Accountability for each dollar spent. The more targeted the campaign, the lower the cost per lead or cost per conversion. In fact, marketers who are more mature in their digital marketing journey may have more insight on how to use data to segment audiences.

Regardless of where you are in your digital marketing journey, here are a few reasons that ad tech is occupying special importance during the pandemic.

Also Read: Take The Stress Out Of Marketing, Map Your Customer Journey

Standard placement ads work on a hit and a miss. Instead of aiming your message at everyone and hoping to be relevant to some, programmatic advertising functions in real-time to find audiences, target ads to them on platforms that they visit, and consume content.

Dubai-based online retailer of eyewear, Eyewa was able to achieve a 4:1 return on ad spend, according to Google’s report.

For the company founded in 2017, the challenge was to target potential customers spread across KSA and UAE. They used a bouquet of Google products to execute their digital first strategy. They targeted users across different stages of their customer journey, feeding them with specialised content to nudge them towards conversions.

They focused on research keywords in both English and Arabic using Google Ads to promote the multiple vendor brands. They also created Smart Shopping campaigns, an automated approach to bidding and ad placement that targeted qualified, high-value users who were most likely to make an online purchase.

Probably the biggest game-changer in ad tech history. Programmatic advertising allows publishers and advertisers to buy and sell traffic automatically instead of negotiating prices directly. Programmatic platforms use targeting algorithms to help advertisers reach a wider, yet relevant audience. At the same time, they help publishers sell their inventory at the best possible price.

This is facilitated by a real-time bidding auction, during which advertisers with matching targeting preferences bid on inventory. The highest bidder wins, and their ad is shown on the website. The whole process happens within nano-seconds to avoid latency in web page load.

The pandemic might have catalysed the adoption of ad tech. But consumer behaviour data is ripe with proof points of how brands that don’t get on-board will be left behind. According to a PWC report from 2019 or pre-COVID days, Amazon remains dominant in the region with 23% of Middle East consumers using Amazon exclusively (vs 12% globally). Similarly, demand for online grocery shopping increased from 58 per cent in 2018 to 73 per cent in 2019 where regional consumers said they were likely to shop online. The lockdown is sure to have elevated this statistics further to ensure contact-less delivery.

Google and Facebook dominate in digital advertising in MENA region. It is noteworthy to mention that the MENA region is ranked second in the world by the number of daily YouTube video views.

When French retailer Carrefour wanted to boost its online offering in KSA and UAE during the month of Ramadan in 2019, they approached a Facebook-first campaign. They started by implementing a testing method to measure the effects of Ramadan-themed advertisements on a host of metrics, from ad recall to app installs and purchases via app or web.

The campaign used company data and Facebook demographic data to deliver dynamic ads to serve messages to those who had already expressed an interest in Carrefour.

To woo customers who weren’t engaged with the brands, they released a collection of ads via an inspiring Ramadan video focused on making recipes using Carrefour groceries that led to the catalogue. The ads were delivered by automatic placements across Facebook, Instagram and Audience Network for maximum impact at the lowest cost. The success metrics in Saudi Arabia included a 45 per cent increase in app installs, a 15 per cent increase in-app and web purchases and a 17.6-point increase in ad recall.

Measurement and multi-channel execution dominate the advantages of ad tech’s capabilities. Marketers can leverage this tool to experiment with smaller cohorts, create unique content for high-value groups and evolve campaigns on the go.

Fundamentals of marketing remain unchanged since the old days. Brands need to stand out, not just by being different, but by being functionally and emotionally relevant. Marketers just have more tools handy to deliver their messages.

In 2017, when Johnson & Johnson launched Listerine Miswak, their research told them that the younger generation perceives traditional miswak sticks as old-fashioned. They designed a campaign to launch during Ramadan since oral care concerns are more prevalent while fasting. The campaign was targeted at demographics under 40 in Saudi Arabia and UAE. The aim was to get them to adopt a new oral care regime.

The brand created a series of video ads featuring the benefits of mouthwash with focus on the relevancy during Ramadan. The ads were front-loaded with brand messaging, kept short and worked both with and without sound. They ran at times which coincided with when the audience would wake up.

The research also showed that the product was perceived to increase self-confidence, so the creative focused on feeling bolder at work—a top area of concern for its target audience. Together with these qualitative inputs, the marketing agency was able to create a well-rounded campaign that appealed to emotions, showcases product benefits and used technology to target a focussed audience. Johnson & Johnson was able to achieve 3 per cent lift in ad recall, 5 per cent lift in awareness and 1 per cent lift in favourability in Saudi Arabia.