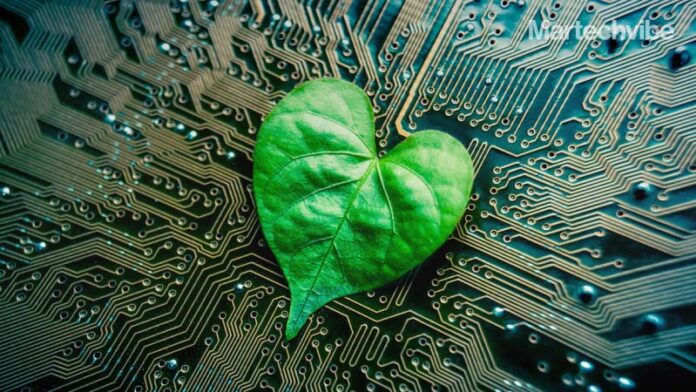 As COP 26 is underway in Glasgow, we look at what the tech sector is doing to tackle the climate crisis

The 26th edition of the UN climate summit, or COP 26, is underway in Glasgow with diplomatic negotiations by almost 200 countries on how to tackle the common challenge of the climate crisis, as most countries are far from fulfilling their pledges, and the earth has continued to warm, with disastrous consequences.

Even businesses are failing to meet climate change targets. A survey released by Microsoft and Goldsmiths, University of London, three-quarters of UK organisations said they had “one foot in and one foot out” on sustainability.

The tech sector is responsible for 2 to 3 per cent of global greenhouse gas emissions. Data centres alone consume up to 1 per cent of the world’s electricity. There is a growing realisation that the tech sector produces e-waste and consumes significant energy and natural resources.

The role of the global tech industry is critical in addressing the climate crisis. As a driving force of innovation, technology is essential to enable and accelerate transformation at the scale and pace required.

There are hopeful signs. Green ideas are going mainstream. Since the Paris Agreement, there has been a steady growth in the number of climate tech startups — those working to reduce or eliminate greenhouse gas emissions and address the impacts of climate change. Technology companies working on combating climate change have raised a record-breaking $32 billion so far this year, according to a new report.

More than 80 per cent of the funding is going to energy and transportation startups, though a growing part is also going to food companies and startups focused on the circular economy. Among them, many startups dedicated to second-hand and repaired products, such as the Lithuanian app Vinted and French Backmarket.

Some of the world’s top investors are also seeing the potential for climate focused startups. Blackrock CEO Larry Fink said he expects the next 1,000 billion-dollar startups to be in climate tech. In the virtual SOSV Climate Tech Summit, Bill Gates said he expects eight or 10 Teslas to be created.

Google search rival Ecosia, which uses its ad revenue to plant trees, announced the launch of a new $405 million climate tech venture capital fund to back startups across Europe.

For decades Exxon Mobil has arguably been corporate America’s biggest climate change denier. But this year, the activist investor Engine No 1 won three seats on the company’s board with an agenda to force the company to finally acknowledge and confront the climate crisis.

Meanwhile, many big companies realise that a failure to invest will be far more expensive as the impacts of global warming destroy economies. Even some of the biggest polluters, such as cement and steel, are seeing the green writing on the wall.

The transport industry is responsible for 14-28 per cent of global greenhouse gas emissions, but technical solutions are available. Electric cars are the most obvious. EV sales are accelerating everywhere, with the likes of Norway well past the tipping point, and cheaper electric vehicles coming from China. The potential of hydrogen is growing as well.

Also, while the rocketing price for gas has ripped through world economies, forcing factories to close, triggering blackouts in China, renewable energy is stepping up. The fall in the price of wind and solar energy has helped to incentivise fresh investments in electricity vehicles and energy storage technologies, such as batteries.

Soon, wind and solar power will help to produce green hydrogen, which can be stored over long periods of time to generate electricity.

Decarbonising manufacturing is a huge task, but some sectors are well on their way. For instance, Apple has pledged to produce net zero carbon throughout its supply chain by 2030.

For many others, advances in efficiency of factories and their products will be accelerated by machine learning and other artificial intelligence technologies that are still in their infancy. There are even hopeful signs in some of the hardest sectors to decarbonise: Volvo is teaming up with Swedish steel maker SSAB to jointly explore the development of fossil-free, high-quality steel for use in the automotive industry.

One of the greatest reasons for optimism is manufacturers’ increasing awareness of circular design principles. Making products easier to recycle from the start will help to cut emissions from fresh resource extraction.

Guidance – Clear government guidance as a challenge. A collaboration between government, commerce, academia and NGOs to collectively address barriers to net zero is crucial

Financing – Having access to funding to implement their sustainability plan

Businesses need established pathways to carbon neutrality. For instance, the current crisis on the price of gas has projected hydrogen into the headlines as an alternative fuel source that could potentially be generated using clean electricity. Although it may take a while to achieve this, researchers are being spurred on to make hydrogen a viable fuel source.

Accurate metrics are key to enabling businesses to measure where they are and the effectiveness of their carbon-reduction strategies. In supply chain, metrics can help businesses to make marginal gains over time and so design waste out of their business processes.

The role of technology in the journey to net-zero

Interestingly, e-waste is something that needs addressing. Digital technologies should be at the heart of government and industry’s strategy to reach net-zero. That can be achieved by a tech industry that defines its professionalism by prioritising actions like reducing e-waste, which is already in focus because of the chip shortage.

Digital technology could help reduce the world’s carbon emissions by about 17 per cent, according to a report from the International Telecommunications Union, a UN body. Industry players say artificial intelligence, for example, could help make electric transmission grids more efficient.

Blockchain technology could allow concerned citizens to track corporate carbon emissions. And the use of satellites can be further enhanced in monitoring environmental changes including activities such as illegal logging, mining and waste dumping, at sea or on land.

Where the business case is proven to make a meaningful contribution to sustainability, organisations will invest in the greenest solutions. Examples include business productivity technologies, cloud technologies and carbon emissions measurement technologies.

To reduce carbon emissions, business leaders will need to shift their focus to more intensive use of carbon emissions measurement technology, Robotic Process Automation, machine learning, and digital twin technologies, which is a rapidly growing territory for digital simulation of business processes and strategies at scale without the real-world waste.

Meanwhile, hyperscale data centre operators in particular are leaders in corporate renewables procurement, particularly through power purchase agreements. The top four corporate off-takers of renewables in 2019 were all ICT companies, led by Google.

What are the tech companies doing in fighting climate change?

Tackling climate change is not only an urgent global imperative but a massive business opportunity. Many tech companies have pledged to do better: Amazon aims to be net zero carbon by 2040 and powered with 100 per cent renewable energy by 2025. Meta (Facebook’s parent company) has a target of net zero emissions for its entire supply chain by 2030. Apple has committed to become carbon-neutral across its whole supply chain by 2030.

Here’s how other tech companies aim to reduce climate change.

Bosch is aiming to reduce emissions across its entire value chain by 15 per cent by 2030. To address these upstream and downstream emissions, Bosch will look at the following:

Google’s vision for the feature is one that is carbon-free, and Google and Alphabet CEO Sundar Pichai announced in 2020 that Google had eliminated its carbon legacy through purchasing carbon offsets. Its next sustainability goal is running Google’s business on carbon-free energy everywhere, starting with their data centres and campuses. Outside its own business, Google is working toward achieving its carbon-free vision with a variety of initiatives:

GM has announced plans to become carbon neutral in its owned products and operations by 2040, in addition to signing the Business Ambition Pledge for 1.5⁰C, created by the Science Based Targets initiative. To reach its goal, GM aims to:

Across its locations in more than 175 countries, IBM has committed to net zero greenhouse gas emissions by 2030.  IBM has identified near-term targets to measure progress and actions to reach its overall goal:

Also Read: The Power of Synergy

Microsoft is upping the ante with its environmental goals, aiming to be carbon negative by 2030 and, by 2050, have removed from the environment all the carbon the company has emitted since it was founded. Microsoft’s approach is guided by seven principles:

Although the big tech companies are coming out with bold commitments to tackle their climate impact, when it comes to advocating for stronger climate policies, their engagement is almost nonexistent, according to a new report.

Apple, Amazon, Alphabet (Google’s parent company), Meta and Microsoft poured about $65m into lobbying in 2020, but an average of only 6 per cent of their lobbying activity between July 2020 and June 2021 was related to climate policy, according to an analysis from the thinktank InfluenceMap. It’s imperative that strong pro-climate rhetoric is matched by action at a policy level.

According to BlackRock, failure to tackle climate change is simply bad for business. The investor calculates that 58 per cent of the US will suffer economic decline by 2060-2080 if nothing is done. Much more needs to be done. The days of denial are over – what matters now is action.