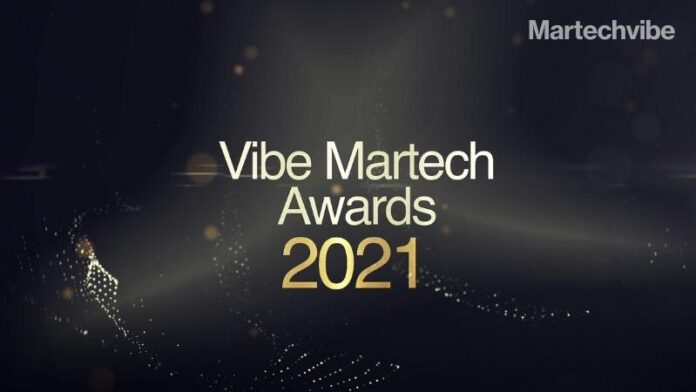 Recognising the forces that shape the Martech Agenda.

The annual Vibe Martech Awards was launched to recognise innovators, disruptors and technologies that are forever pushing the boundaries of marketing technology. And to honour people and organisations advancing the Martech agenda. The inaugural session of the Vibe Martech Awards is open to organisations in the Middle East or those with a significant presence in the region. The award categories ensure even participation and cover the Martech landscape with a greater focus on client-side practitioners.

And, The Winners Are:

The award winners were chosen after an intensive process by our jurors.

The award for the Best Enterprise Martech Platform went to Tealium. Tealium was started in 2008 to help companies collect, unify and leverage their customer data better that honours compliances and helps brands better their ROI. A leader in real-time customer data orchestration solutions and enterprise tag management. Martehvibe congratulates Tealium once again for winning the best Emerging Vendor in the Middle East award.

The award for Best Use of Data and Analytics has been won by one of the most respected and renowned travel and tourism operators in the MENA region. Seera Group, which prides itself in connecting cultures by opening up newer avenues of travel, has done a commendable job overcoming the pandemic’s setbacks and has bounced back.

The awards for Best use of Martech in Media went to Khaleej Times. Galadari Brothers won the CX Transformation of the year award. At the Vibe Martech Fest, 2021, the awards for Best use of Martech by an Enterprise and Martech Team of the year were won by RAKBANK. The Martech Visionary of the Year award was presented to Banali Malhotra, Director-Marketing, RAKBANK. The award for the Most innovative Martech solution award was won by Sitecore. The Martech Agency of the Year award was won by Merkle.

Ravi Raman, the Editorial Director of Martechvibe, said, “Awards are more than just a recognition of brands which excel and win. They serve a larger purpose of promoting innovation, inspiring several others. I want to thank all the companies who nominated and supported our vision.”

The jury for the annual Vibe Martech Fest awards 2021 comprised some of the most well-known names from the martech landscape. It consists of luminaries from various fields, each making a significant impact in their respective industries.  The panel of jurors includes TJ Lightwala, MD, Accenture, Interactive MENA. Dana Sarkis, General Manager Hearts and Science, Karthik Ramamurthy, Regional Head of Strategy, IPSOS. Steve Lok, Founder and CMO, M Matters, and Ravi Raman, Publisher Martechvibe.

Vibe MarTech Fest has carved a name for itself for being the lighthouse to many organisations that have advanced the adoption of MarTech by educating, enlightening and inspiring the CMOs of the region. It is the Middle East’s first, largest and most credible marketing technology summit for senior marketing and IT professionals. Powered by MarTechvibe.com – the region’s only knowledge website, it has consistently driven the MarTech agenda.

Presenting cutting edge MarTech solutions with a practical approach, Vibe Martech Fest (VMF) is presented by Sprinklr and hosted by Martechvibe – the region’s only and world’s fastest-growing MarTech media brand. The other key event Partners include Tealium, Sitecore, OneTrust – PreferenceChoice, SAP, and Merkle. The media partners are EnterpriseTalk, Talk CMO, and ITSecurityWire.