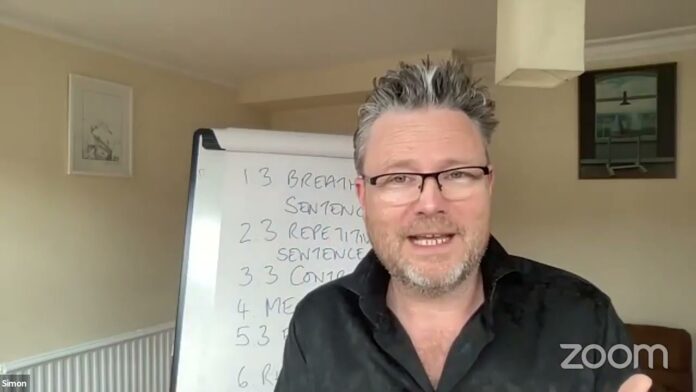 The name Simon Lancaster often rings a bell. A regular media commentator on communication and regularly appears in GQ, PR Week, The Mail, The Guardian, Total Politics and the BBC. Pumping our delegates and viewers at the 3rd Annual VMF Middle East, virtual edition, the leading global speechwriter who has written for top politicians and business executives talks about some speech writing secrets.

“As a thought leader or a C-suite executive, there are certain speech writing secrets you should be aware of. A secret language of leadership that we were taught in school. Well, there are six techniques to speak like a leader. Use Breathless sentences, repetitive sentences, contrast sentences, using metaphors sentences, exaggerative sentences, and rhyming sentences. If it rhymes, it chimes. It becomes easier to swallow and remember such sentences,” said Lancaster at VMF 2021, sponsored by Sprinklr.

When asked, create an impromptu speech on whether AI will sack marketers. The speechwriter responded, saying, “The pen, the printing press, or a television. Whenever a new technology has emerged, people have worried about their jobs. You don’t have to worry now. When new technology comes about, don’t worry; embrace it. It is going to take humanity to the next level. Human minds have been facing several issues, and AI is here to solve it.”

Presenting cutting edge MarTech solutions with a practical approach, Vibe Martech Fest (VMF) is presented by Sprinklr and hosted by Martechvibe – the region’s only and world’s fastest-growing MarTech media brand. The other key event Partners include Tealium, Sitecore, OneTrust – PreferenceChoice, SAP, and Merkle. The media partners are EnterpriseTalk, Talk CMO, and ITSecurityWire.